I am a woman of a certain age, which is to say, deathly afraid of a web cam from certain angles and in certain light.  I’m also quite shy.  I’ve managed to survive by bending the light away from myself which works until you’re asked to bend the light back in your direction and then you tend to retreat into the fog. Or at least, I do. 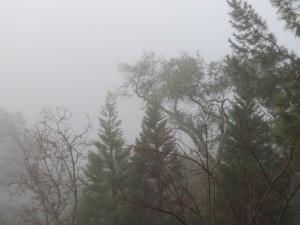 Shyness, I have read, is a behavior that can be altered by:

“challenging automatic thoughts and beliefs, and learning new behaviors.” (from the Shyness Institute)

Fine, except how do you challenge an automatic thought, heh?  Tell me that one, Shyness People?

Now Lisabeth Salamander, there was a gal who knew how to react in moments of social awkwardness:

“…she wished she had had the guts to go up to him and say hello. Or possibly break his legs, she wasn’t sure which.”

(Stolen from Goodreads who stole from Stieg Larsson, The Girl who Played with Fire)

On the other hand, I’ve also read that shyness is the ultimate egotism, a theory strengthened by the fact that many famous entertainers have claimed shyness, including Brad Pitt.  Brad Pitt????  Apparently the practice of eternal naval gazing leads to a type of narcissism quaintly called shyness.

Ouch!  I better quit that naval gazing and get out and break some legs (metaphorically speaking, of course).