All that we see or seem is but a dream within a dream. Edgar Allan Poe

Broken glass. He almost stepped on it. He had to keep his eyes glued to the ground and seldom look up, otherwise he’d end up with a jagged piece of glass in his foot and bleed to death. Or get an infection and watch his foot grow black with gangrene.

“Pleasant thoughts you’re having this morning,” Daniel said to himself. It was time for him to go. He wondered if it was necessary to give two weeks notice at a gas station and then decided, it might not be necessary but it was moral. He knew the boss would hate to see him go. Unlike other grease monkeys, he was reliable, courteous, didn’t smoke or drink and could help with the bookkeeping. But the boss had mentioned retirement on many occasions and so maybe Daniel’s leaving would give him impetus to take that step and thus all would conclude well. Daniel liked conclusions that ended with both sides clear of conscience.

He was only at the station for about an hour when he looked up from sweeping the garage to see the girls from Nevada loaded down with all their earthly possessions and heading for their Volvo. Remarkably it had survived an entire night on the street or so he thought. He watched as they were approached by a panhandler. At first the man seemed satisfied with what they gave him. Then he turned around and followed them demanding more. When they refused, he grabbed one of their guitars.

Daniel ran across the street still holding the broom. It, plus their screaming, was enough to make the man drop the guitar and run. “Let’s get you guys out of here,” he ordered as he pushed them down the sidewalk. 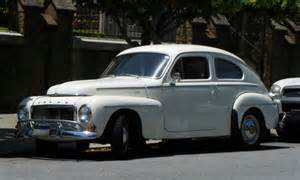 “Oh no,” the Catholic’s Daughter cried. “Look at my car.” The passenger side window had been shattered. Glass shards covered whatever remained inside, which wasn’t much. Just that head of Aragorn looking wistfully up at them. “Oh no! My flute! My flute is gone! We’ve got to call the police.”

“They won’t even take a police report. There are so many robberies down here.”

“That’s why you need to get out of here. Go across the street to the gas station and ask the man to help you. He’s a crusty old guy but his heart is pure.”

“I have someplace I need to be.”

He chuckled. “Get on your way now.”

They drove across the street and cautiously approached Daniel’s boss who’d been watching them. “Daniel said you would help us.”

“He did huh?” He disappeared into the station and then returned with a newspaper folded neatly into a square which he handed the girl who seemed the most sensible. The paper was dated October 27 1967, a year ago to the day.

“Terrible thing,” the boss continued. “What happened to him shouldn’t happen to a dog, no sir. And that poor woman,” he shivered.  “Terrible. Unthinkable. Gives me the willies. You know, Daniel was a good kid, a little mixed up but then you should have met his mother. That lunatic held vigil here at the station for three days thinking her son was going to resurrect like the friggin’ Christ.”

The girls didn’t say a word, even amongst themselves.  Perhaps he should have softened the blow but then he hadn’t had much experience with the so-called fairer sex. “It’s been a whole damn year and they still don’t have any suspects. Not a one. I shoulda retired.”

“He’s dead?” One of the girls mumbled as the newspaper fell to the ground.

“Yeah, but don’t worry. I see him too, always looking lost. Like maybe he don’t know he’s dead. Sometimes I even talk to him. The winos claim he’s waiting for the return of some ship called the SS Connemoira or so they say.” He shook his head. “Yup, that’s what they say. Okay, let’s get you gals fixed up and outta here.”

He helped them sweep out the inside of the Volvo and put cardboard over the shattered window. He even gave them a can of oil after checking the dipstick and sighing in disgust “women never check the oil, or the tires. We’d better check them as well.” When he was satisfied the little car just might make it to Massachusetts, he gave them directions on how to get out of town. He watched the little car as it sputtered down the road, thick smoke pouring out of the exhaust, young arms fluttering out the windows. They’ll never make it, he thought, but he waved back anyway. Then he disappeared inside the station. He’d dispensed with enough good will for the day.

Happy Halloween, everyone!  Did you guess the ending?  If so, how early in the story?  Like elements of many of my stories, there are bits of a real-life adventure in this piece.  Many people have asked what happened to the three girls – well, after their adventure in NYC they had marriages, divorces, children, careers and two have sadly died – but they never forgot Daniel.