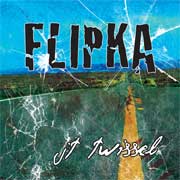 JT Twissel artfully mixes mystery, conspiracy theories, the supernatural and Native American folklore with a sardonic wit and ambitious search for the truth to take the reader on a journey with a cast of colorful characters that begins–and ends–with a found Civil War journal.

The year is 1978 when former psychoanalyst Fiona Butters is sent to a notorious girls’ reformatory in the middle of the Nevada desert by “Mr. Las Vegas”–her powerful and persuasive boss–to check on his daughter’s welfare after the inexplicable disappearance of a counselor.  The reluctant Butters is suddenly thrust into the unintended role of private investigator in a search for answers to questions she doesn’t yet know to ask.  A junk food junkie with a knack for rubbing people the wrong way, Butters encounters evasion by the reformatory Head Mistress, roadblocks by the authorities, and a “handler” compliments of Mr. Las Vegas–a surly alcoholic who would rather spend his time in the local bars.  It isn’t until Butters forms an unlikely alliance with a button-down professor and an eccentric WWII veteran with a penchant for alliteration and sexual innuendo that she begins to learn the secrets of the desert.

An intriguing adventure with lots of plot twists, Flipka will entertain and engage with the irreverent and quirky, as well as raise  provocative and timeless questions of what government doesn’t tell…and why.

4 thoughts on “Back Cover”