I have noticed that many of the bloggers whose writing I’ve come to enjoy over the past seven years are either paralyzed by the social turmoil all around them or are trying to focus on anything … else … but. Fires in the streets, virus in the air, the seas rising (the Native Americans were right: the devil has blue eyes) … the crap just doesn’t want to stop rolling in, does it? The Armageddon was supposed to be the quick and final punishment of mankind. Not years on life support hoping for some miracle drug.

But since there’s nothing I can do, I will focus on anything … else … but. My current AEB are the illustrations in a bible that literally crumbles when handled. Who were the artists? What did the original artwork look like before the book got into the hands of my less than pious mother?

Some artists perhaps felt it blasphemous to advertise their work in the Holy book. The illustration above simply reads Rebecca. I would guess the artist was a Pre-Raphaelite but I can’t find any matches.

I am not an expert on the Bible by any stretch but I identified this scene right away, did you? The artist was identified as Briton Riviere who was well-known in the 1850s for his animal studies. (This image reminds me of Duke Miller’s poem on Tinhats) Again, cannot find copies of the original.

According to a quote on the back, this illustration portrays Naomi imploring her mother-in-law “whither thou goest; I shall go.” Looks to me like she’s attempting to seduce Ruth. However, because the artist, identified as “Calderon,” was also well known in the 1850s (and the onetime Keeper of the Royal Academy) I was able to find a copy of the original. That’s Boas she’s rubbing up against while Ruth waits off to the side.

The only other illustration in the Old Testament not damaged beyond repair is this one.

The inscription on the back reads The Frieze of Prophets by J.S. Sargent. I googled and sure enough John Singer Sargent did create a frieze by that name, however this must have been an early study as the completed piece looks like a bit different.

The New Testament seemed more inspirational to artists of the time:

I particularly like this one: “Christ and the Fisherman” by E. Zimmerman, a German artist. You can see the rough hands of the fisherman and feel the bond between the men.

“The Arrival of the Shepherds” by Henri Li’rolle. The original probably had more color but I like the rawness that age and abuse have given the image.

I was able to find the original for this scene:

The illustration in Mother’s bible was probably a study for the completed work. I have to say, the study is more powerful.

I will close with this image “Laborers in the Plain of Esdraelon.” Looks like an ominous place for the final battle between good and evil, doesn’t it? Half in this world and half in another.

Today in my When I Get it Together (WIGIT) semi-regular series on meeting other writers, please welcome DL Orton whose sci-fi 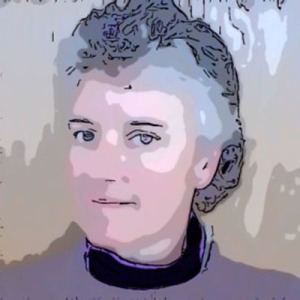 debut novel CROSSING IN TIME (first in a series) was recently released and is free on Amazon May 25, 2015 (which I hope is today unless my talents using WordPress are total crap). This fast paced novel envisions a world on the brink of extinction where two star-crossed lovers may hold the key to survival.  However, they must go back in time. A very risky business.  From my reading of her book, DL has researched quantum physics, climate change, and – dare I say it? – Masters and Johnson’s studies on sex.

JTT: Hi Deb, thanks for agreeing to be featured on WIGIT.  Let’s assume you’ve come from either the future or past (which is probably the truth). Which is it and why?

DLO: My pleasure, Jan!  I’m from the future, of course. Come to the dark side; we have time machines. Unfortunately, if I told you why, I’d have to shoot you. And yes, a woman DOES eventually get elected President, gays DO have a constitutional right to marry, and Florida IS going under.  If you want to know how Game of Thrones ends, sign up for my newsletter. (PS:  If you’d like to win a special prize, guess the news headline for May 4th, 2050, and include your email address written backwards e.g. moc.notrold@old in the comments.  I’ll send you a telepathic message if you win. Or perhaps I’ll arrive in your bathroom with the news!)

JTT:  Wow, well I’ll have to sign up.  In your book, Crossing in Time, you address two issues which psychologists believe are more strongly related that most people would think:  parallel universes and the gender gap. Your response?

DLO: A shower curtain, an ant, and a bowling ball.

DLO: Start with the shower curtain: a two-dimensional object in a 3-dimensional world. Imagine that you, gentle reader, are an ant, walking, talking, and having sex (do ants do that??) on a thin, flexible membrane (or a “brane” in physics-speak). Layered beneath you are a million other shower curtains, all of them with their own allotment of ants (some of which get paid 78 cents on the dollar due to slight differences in their copulatory organs). In a very real sense, those other ant universes are close to you in space (and time), but still seemingly undetectable — until someone drops a red-hot bowling ball on those piled up plastic sheets and makes the real-world equivalent of a black hole.  Mind the gap. 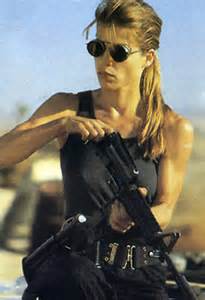 DLO: Well, if the reviews I’ve been getting are any indication, then no. 😉

Although my book is not erotica, I expect some women will be turned off by the sex (because my protagonist is the antithesis of the ditzy woman in 50 Shades, and Isabel’s lover is no demigod with a helicopter, handcuffs, and expensive taste in high heels. Sorry.)

JTT:  No reason to be sorry.  I think a lot of women fantasize about being an Isabel.  I hate to ask this question because it is so hackneyed in writer interviews, but as a reader I really am interested to know, what motivated you to write this series?

DLO: When it comes to fiction, I find Frankenstein’s monster very appealing. I’m drawn to an author who tosses together eclectic body parts and then sews them into something cool and unexpected.  Books with character-driven sci-fi, lots of action, good (real!) sex, dark humor, strong female leads, a bit of a mystery, and an edgy love story are great reads, but there aren’t many out there. So I wrote one. And once I got started, the monster took on a life of his own.

JTT: That’s an interesting answer!  My book – the Monster!  Just one last question: What do you wished I’d asked you and why?

I once googled “how to get rid of a dead body” as part of my book research. The browser ads I started getting after that were downright scary, and I began to wonder if the NSA was going to coming knocking on my door. (I can’t imagine what would have happened if I googled “how much fertilizer does it take to blow up a building.”) I have since learned about “private browsing,” and I highly recommend it.

My second best tip is: Keep writing, but also keep reading! Lots of the unpublished writers I meet have stopped reading because they don’t feel they have the time for it, and I think that’s a mistake. Reading is an excellent way to keep your writing tools sharp, and hey, it’s damn good way to come up with unsavory phrases to google!

And my final tip: Murder the hero, maim the children, rip the clothes off the intrepid heroine, bestow fame and riches on the villain, and set the whole damn city on fire, but whatever you do, don’t draw cartoons of bearded dead guys, and don’t shoot the dog!

JTT:  Great advice!  Best of luck with the book.

DL ORTON lives in the foothills of the Rockies where she and her husband are raising three boys, a golden retriever, two Siberian cats, and an extremely long-lived Triops. Her future plans include completing the books in the BETWEEN TWO EVILS SERIES followed by an extended vacation on a remote tropical island (with a Starbucks). When she’s not writing, playing tennis, or helping with algebra, she’s building a time machine so that someone can go back and do the laundry.