I’ve been writing you letters in my mind. They swell up whenever I see pictures of your grandchildren – age three and one – posted on the Facebook as everything is these days. You would have gotten yourself into big trouble on Facebook with an inappropriate comment or two, just as I have. But in your case alcohol would not be to blame because you did not drink. Until you knew it was the end and then you said perhaps I’ll have a glass or two. That night we drove to Grizzly Peak and watched the flamed-out sun sink into the Pacific and you sang “Farewell Angelina, the skies are on fire and I must go.”  It took us back to where we began, a basement on Washington Street, a record player, incense, your love of apocalyptic visions and mine of fairy tale endings.  Eventually we blended into Tolkien.

We left each other’s lives because of the men we married which is how many relationships between women end.  But somehow we managed to stay in touch, if only via a yearly phone call on our birthdays which would go on for hours and cost a fortune. We missed seeing each other’s children grow. We missed being there for each other during long and painful divorces and the death of parents. In fact if it hadn’t been for your cancer, we might never have made that last ditch effort to recapture our youth.

I try not to be maudlin; I try not to cry but when I see those darling faces I can’t help but think of a line from one of my favorite movies, The Ghost and Mrs. Muir. 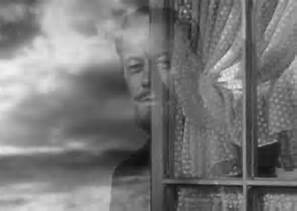 How you’d have loved the North Cape and the Fjords and the Midnight Sun. To sail across the reef at Barbados where the blue water turns to green. To the Falklands where a southernly gale rips the whole sea white. What we’ve missed Lucia, what we’ve both missed.

We said our good-byes at the TSA checkin. Well, it’s more like we yelled good-bye. I was being dragged to the exit for allegedly trying to “smuggle” my grandmother’s tiny manicure set through security and you were waiting in a wheelchair for someone to take you to the gate. The poor TSA agent’s body trembled. He was just doing his job. Of course you made it worse by telling him you had terminal cancer.

I got to keep my grandmother’s ivory manicure set but I lost you.

Jan, the Fratz of Pooh