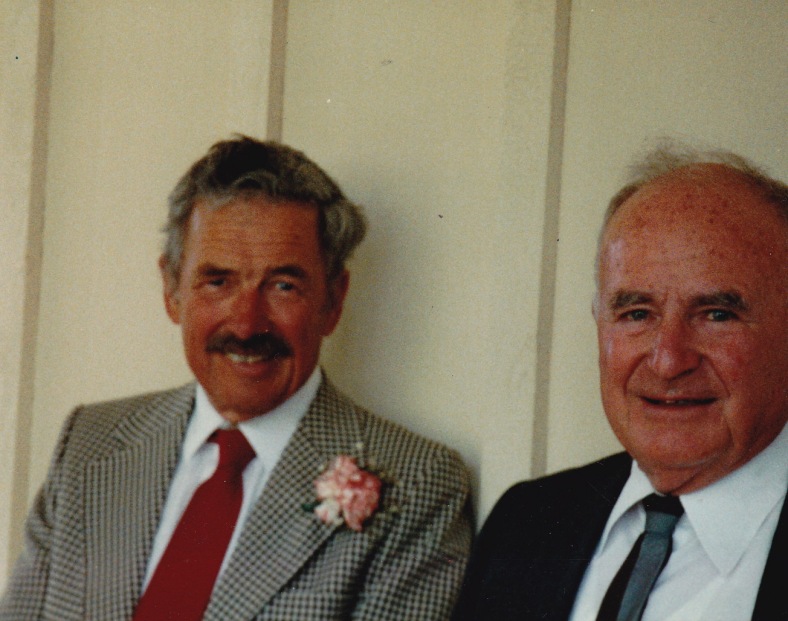 Today it seems appropriate to wax on about one’s dad, however my father was far too complicated for tearful remembrances thrown together with favorite photos and sage advice and so I will save him for another day (truth be told, he hated sentimentality and, truth be told, I may never be able to write about him).

Instead let me say a few words about my Bowpea.  This gentleman was the father of three children: my party-loving mother, rowdy Oncle Boob, and Poor Charlie, whose wife, Auntie Dottie, lived with such unrelenting gusto that no one in the small town of Monson Mass could figure out how he put up with her!

Bowpea was a man of high moral standards who probably didn’t deserve his wacky family but he endured their shenanigans with a sly smile and occasional word aside to “The Enforcer,” my depression-hardened grandmother who could have stared down the Gestapo.  He was given his peculiar nickname by his oldest grandchild (yours truly).  Don’t ask me why. 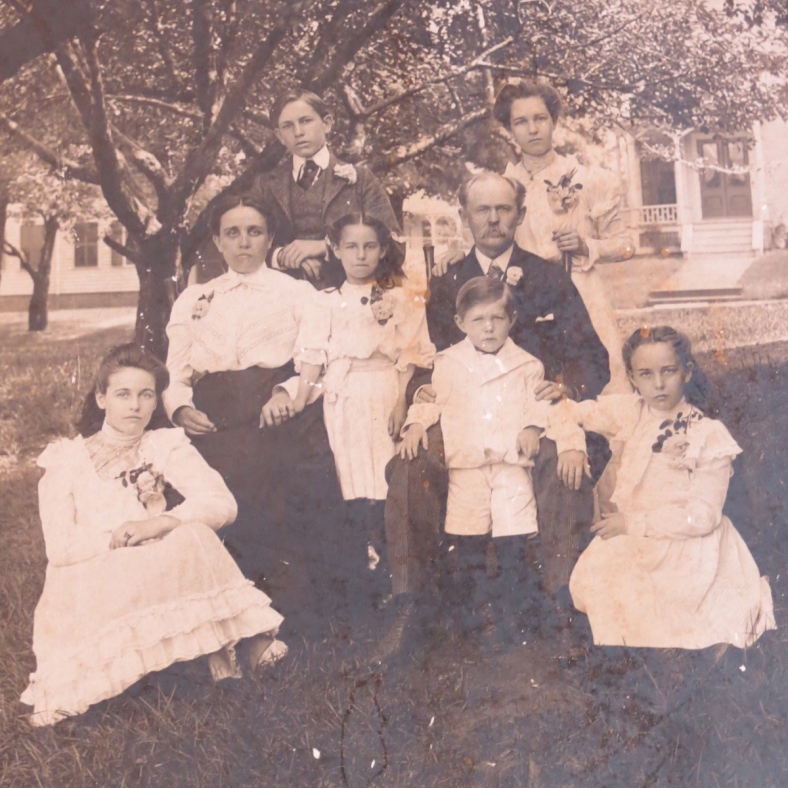 The Preacher’s Family – Bowpea is between his father’s legs.

My grandfather had, from all reports, a strict childhood, the result of generations of puritan ancestors dating back to the 1600s, most notably Deacon Samuel Chapin founder of Springfield Mass and yes, there were some witch-burners hanging about in the family tree.

He had five sisters, none of whom had particularly happy lives and one older brother.  The older brother moved to the west coast early on and from all reports, escaped the wrath of the burning witches.  He died too young for me to have any memory of him; his childless widow sent us checks every Christmas until she died and once famously turned down the chance to invest in Disneyland. 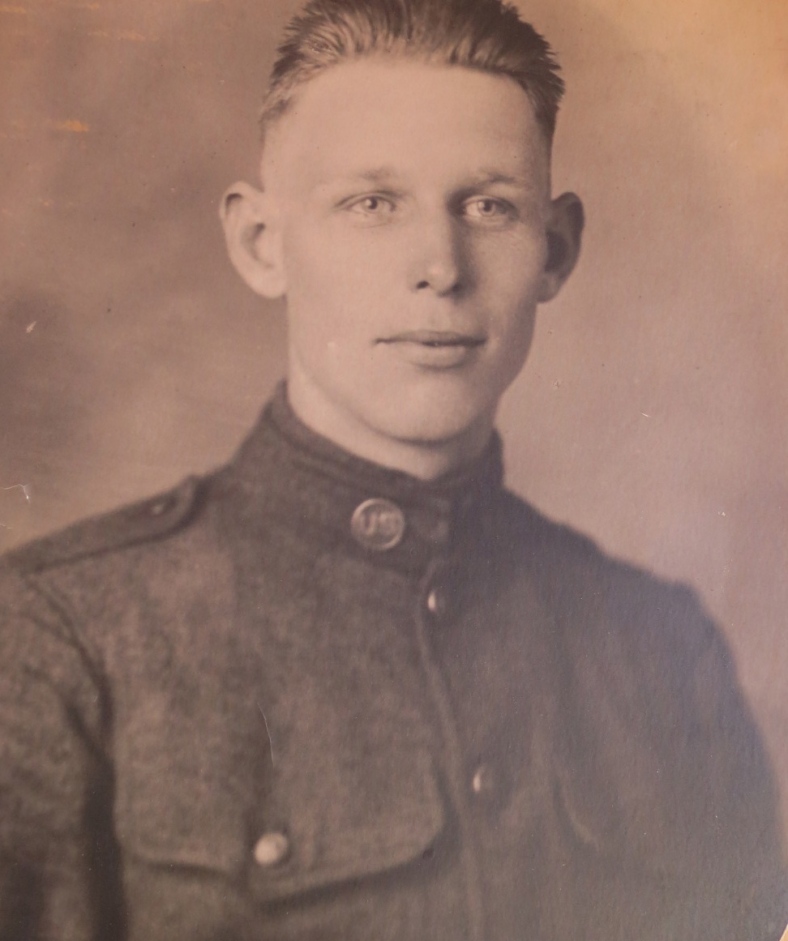 Bowpea shipped off to Europe at the start of WWI a skinny, hopeful lad, and returned with lifetime health problems, allegedly the result of mustard gas.  If he spoke about his war experiences to any of his children or wife, I would be surprised.  Certainly they don’t remember.  He never returned to Europe.

A few years later a steam-engine explosion at the factory where he worked brought my grandparents together.  He wasn’t hurt but a fellow worker wasn’t so lucky. As Bowpea waited anxiously in the hospital corridor, a young student nurse appeared from nowhere 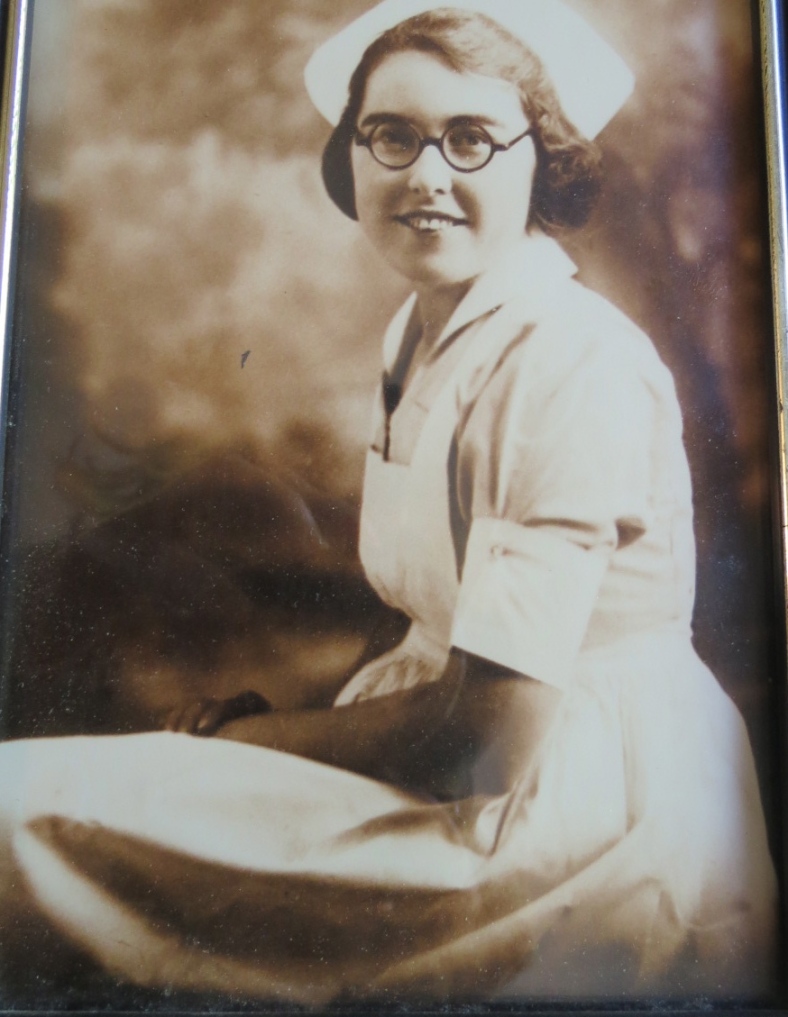 and took control.  She sat beside the scalded man all night long, holding his hand and applying cold presses and  my grandfather fell in love.  Of course, the downside of this lovely story is that Gram never accepted the fact that a man like him could fall in love with her.  To her dying day she claimed it was gratitude.  She was just too plain (according to her father) for any man to really fall in love with her.  Sixty some odd years of faithful devotion and she still felt that way.

In all honestly, I only saw my grandfather during the summer so my impression of him is formed by lazy summer days spent playing croquet on their back yard,  scouring the hills for blackberries, going downtown for a soda, or settling in for the evening listening to the crickets as a summer thunderstorm moved over head. Sometimes he would smoke a pipe as he read about his beloved Red Socks or have the one Scotch he allowed himself nightly. He had  accomplishments which he never dwelt upon: a membership in the Hole-in-One Club (for non-golfers that means you’ve scored at least one hole in one – he had three) and a state ice-skating championship in his youth. Probably more, but they were never touted.

Alas, the last pic I have of me and Bowpea together.

I’m sure he had his faults, certainly allowing Gram to become the Enforcer was one of them.  But to me he’ll always be the modest, quiet man who smelt of Old Spice.