By pure coincidence, in the last couple of months I’ve seen two movies based on Truman Capote’s life at the time he wrote the book IN COLD BLOOD: Truman starring Philip Seymour Hoffman and Infamous starring Toby Jones. Both excellent movies. Hoffman had the more difficult role because he had five or six inches on Capote and didn’t really look that much like him. However, he did an amazing job of capturing the angst of a writer trapped by his ambition. 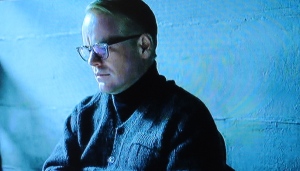 The late, great Philip Seymour Hoffman as Capote agonizing over what he knows he must do to get the story.

Writing about an actual crime must always bring angst. Will you get the details accurately? How will the victims be affected by what you write? No doubt there are cold-blooded writers and journalists out there who put their own ambitions above the feelings of those affected by what they publish, but, both these movies suggest Truman Capote was not one of them. However, he was keenly aware that in order to finish his book (which he called a“nonfiction novel”) the killer he’d come to know would have to die. He also knew that his book would have more authenticity if he could pry the details of the Cutter family’s seemingly random slaughter out of a death row convict. Not an easy job.  It would take Capote four years to cajole and dance his way into the man’s heart and soul until finally gaining his trust. His passion to create a masterpiece overrode any moral objections to duping someone into believing that you care about them when all you really care about is improving your story.  Of course, there’s no way of knowing how Capote actually felt but as the appeals process dragged out the execution day, he was forced to face the ghoulishness of the situation and his own “cold-bloodedness.” 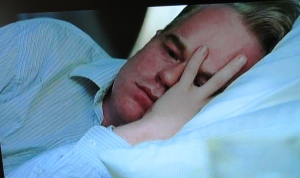 I know writers who believe that this sort of ambition, this willingness to sacrifice all – including one’s self-respect – is necessary to write great fiction. I must admit when I create a character based on a real person, I shudder and stammer and fall all over myself with dread. I don’t have it in me to befriend someone just so I could expose their story to the world, even for that coveted Best Seller status. What do you think? Are there limits beyond which you will refuse to go?  Or, in the pursuit of art are there no limits?