Last summer I was invited to a tea party.  By that I mean, tea and crumpets with ladies in frocks and garden hats and not a group of people with teabags hanging from the rims of their hats screaming “Obama is an Arab.” 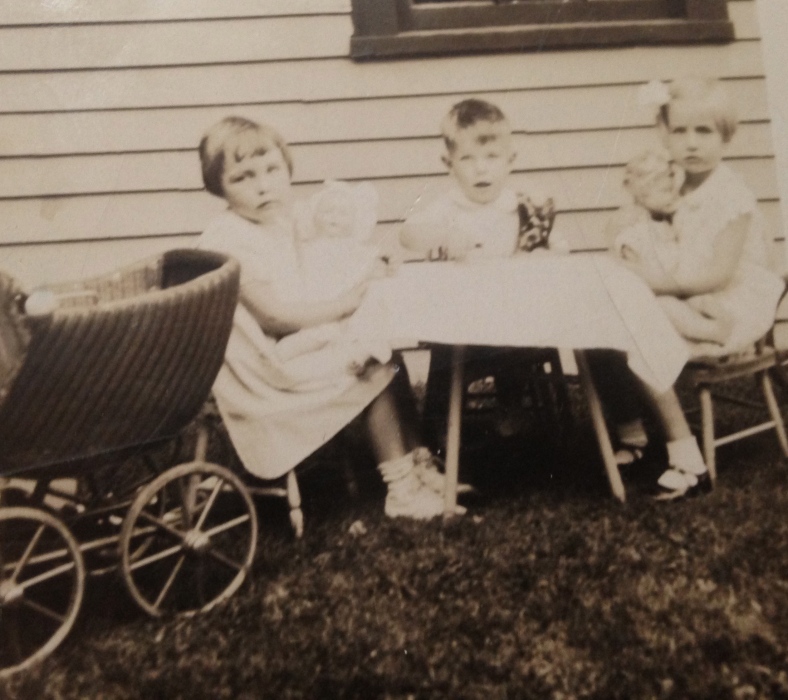 I hadn’t been to a tea party since my daughter was three and the teacups held apple juice. My first thought was “goodie, I get to pretend to be a lady again.” You see readers, I spend 90% of my time in baggy clothes and flip-flops and rarely wear jewelry.  My mother describes my fashion IQ as “mid-century homeless.”

Therefore, what to wear was an immediate concern. It would have to be something I already owned (and fit into) because, even when I was very thin, the thought of being watched as I stripped to my panties always freaks me out. So, you could say my unwillingness to bare my butt to hidden security cameras lowered my frock candidates to two, both of which were bought for funerals but worn to any and all special occasions, including weddings.

The next big decision was which piece of jewelry to wear. Oh my, the true test of whether or not you’re a sentimentalist lies in the jewelry you’ve carted all over the country.  I like to think I’m not but below are pieces I haven’t been able to part with so you tell me:

Buttons – from the assortment above you’d think my political inclinations swing wildly but the Nixon, Rockefeller and Bush buttons I inherited from my father.  They’re a reminder of all those arguments we had around the dining room table, many of which resulted in my expulsion to my bedroom sans dessert.  They also remind me of one of the last things Dad ever said to me before his death “Republicans really aren’t nice people.”  I have no idea what prompted him to say that, probably the swift boating of John Kerry. I’m sure Trump would have mortified him. 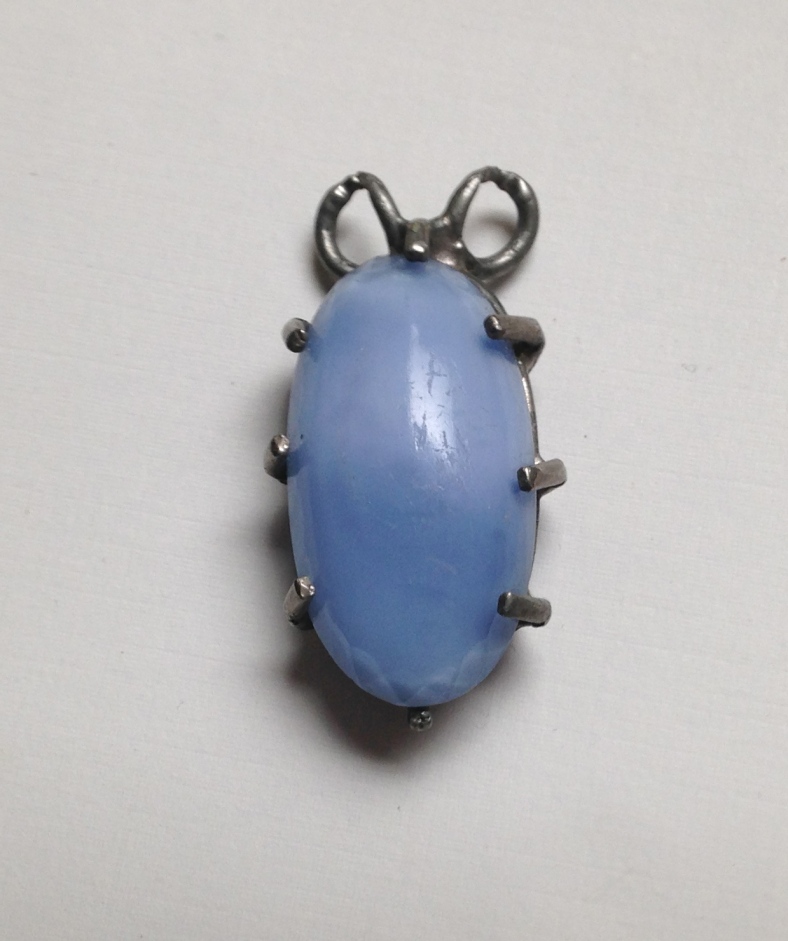 This cheap plastic pendant was given to me by a sixteen year old boy who lived with his foster parents in a trailer park in Ridgecrest California. All three raced dirt bikes out in the desert at a time when movies like The Wild One depicted motorcyclists as thugs. But they were good people.  They taught me a valuable lesson about rushing to judgement. The pendant always reminds me of a spaghetti dinner, the drive-in movies and what it’s like to be sixteen and forbidden to ride on the back of a motorcycle. 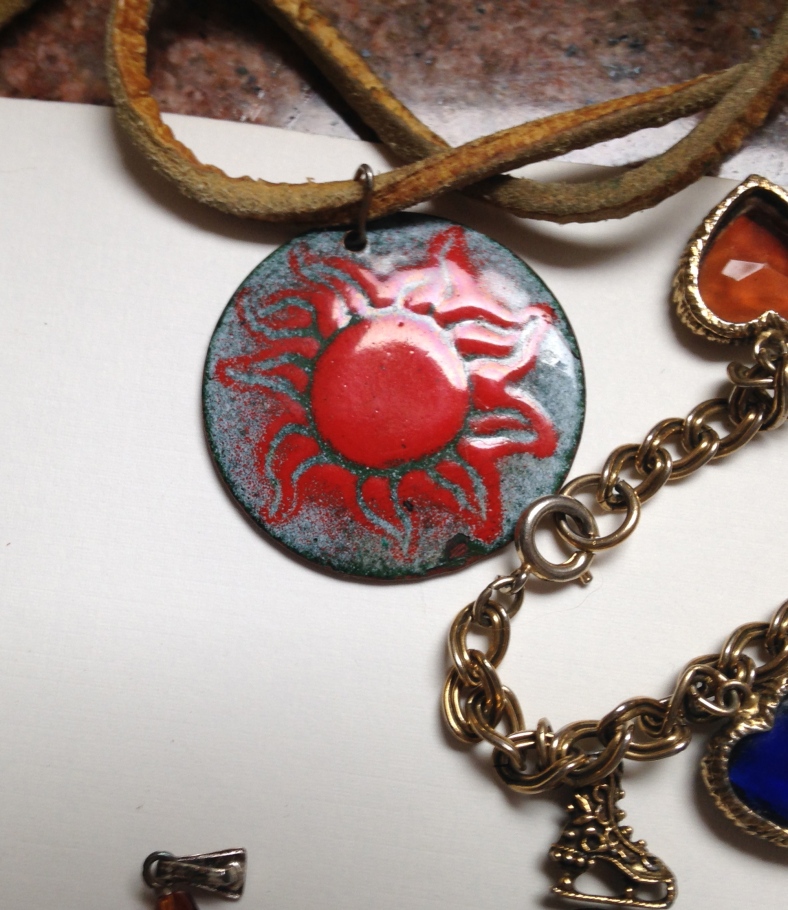 I bought the sun pendant in the Haight Ashbury district of San Francisco.  It always reminds me of following Country Joe and the Fish (who were playing on the back of a flatbed truck) and singing “Well, it’s one, two, three, what are we fighting for.  Don’t ask me, I don’t give a damn, next stop – Vietnam.” I may have to wear it again.

The charm bracelet was from my Aunt Elvira who had no children of her own and used to take us to Disneyland. Until I was about thirty-five, it was my dream to live in FantasyLand.  Guess what – I’m having that same dream all over again. 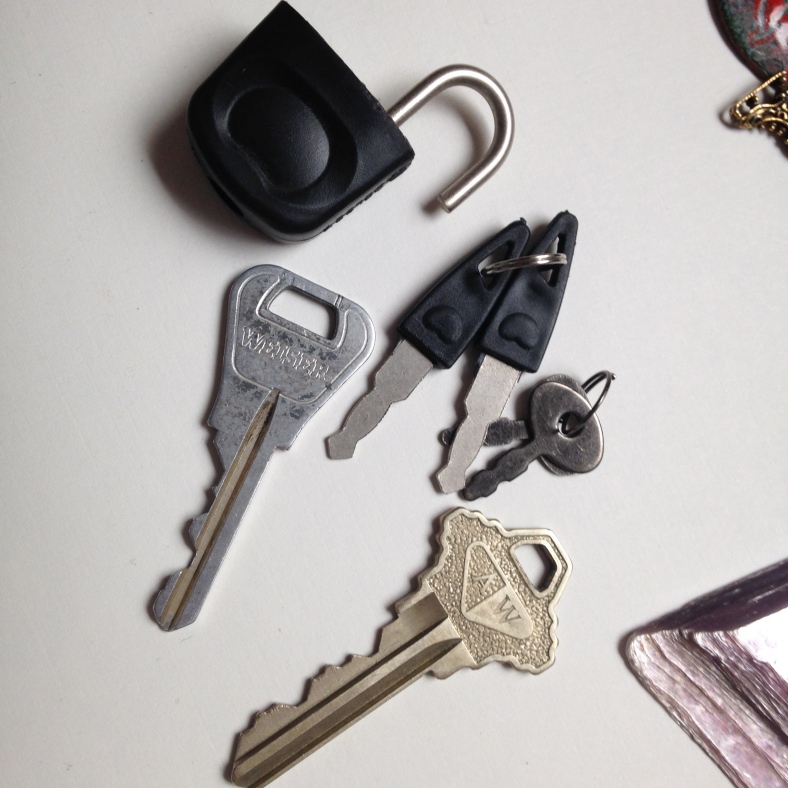 Whose jewelry drawer doesn’t contain an assortment of oddball keys? You can’t throw them away because one might unlock a diary that’s been hidden in the back of a closet for decades, full of childhood stories you’ve long forgotten. 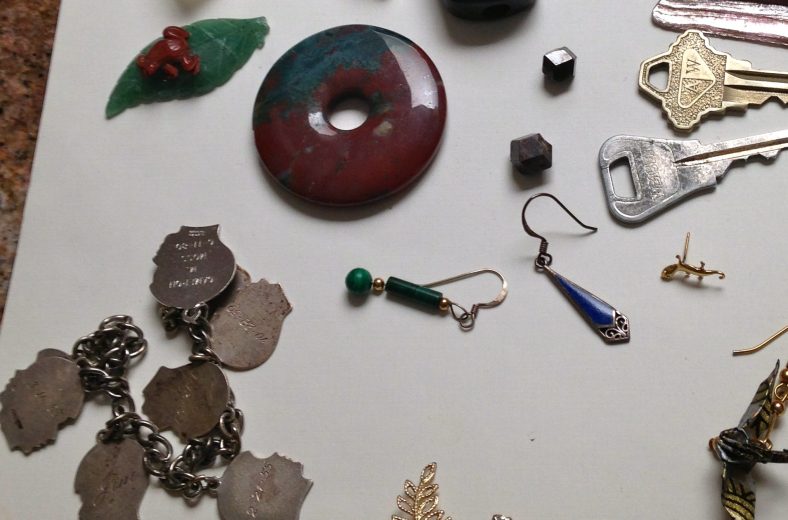 Other treasures include earrings without mates (they’ll show up), my grandmother’s charm bracelet, the odd pendant or two, and a couple of unpolished garnets.  It might surprise you to know that my jewelry collection is not insured.

Back to my ensemble, I decided that wearing old campaign buttons and just one earring might make me look even kookier than I generally do. They were definitely on the what not to wear to a Tea Party list.  Instead I wore a simple set of hand strung beads and clip on pearl earrings that had belonged to my grandmother.

You may wonder why I’m telling this story now. Well, months ago I predicted Trump would eventually go to war with the Pope not really believing it would ever happen.  Well, it’s beginning and I’m moving to Wonderland to have tea with the Mad Hatter.

29 thoughts on “What Not to Wear to a Tea Party”