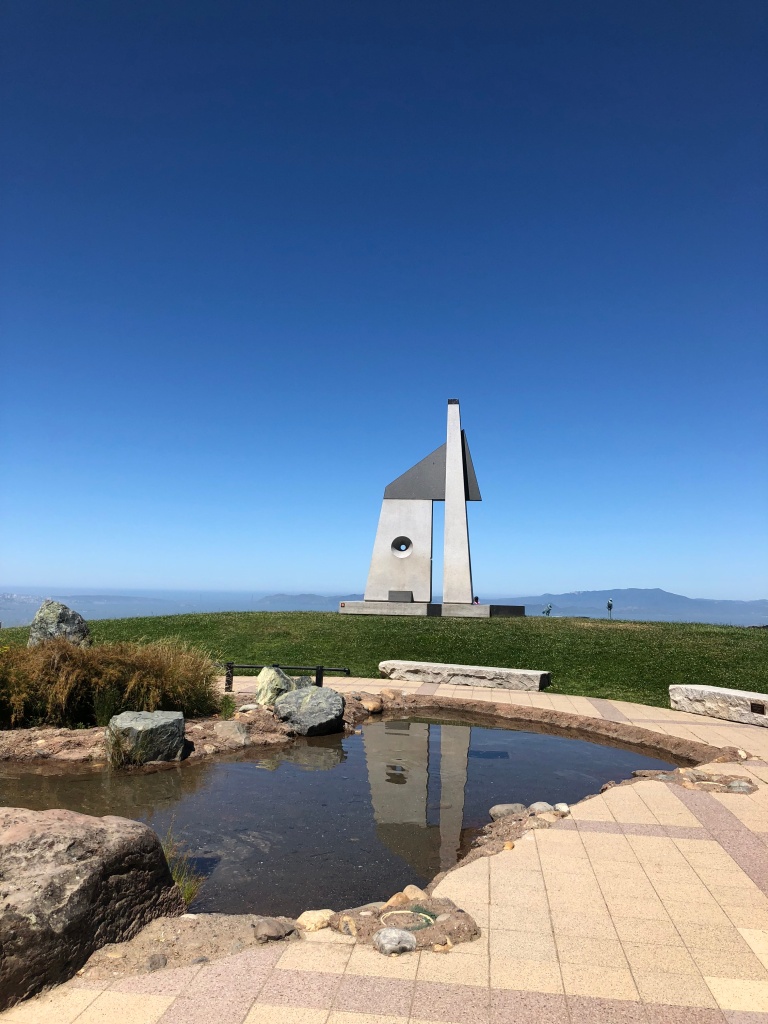 Looking out toward the Golden Gate Bridge which was unfortunately shrouded in fog and smoke.

Not only does the Lawrence Hall of Science have one of the most spectacular views of the San Francisco Bay Area but every exhibit is meant to be manhandled by children, casually monitored and guided in their experiments by high school students earning extra credit in biology, mathematics or chemistry.

The hall is actually a part of the University of California Berkeley.  It was named in honor of the “Atom Smasher,” Ernest Lawrence, also the inventor of the cyclotron and the founder of the Lawrence Berkeley Labs.  Over the years I’ve met and worked with many physicists who got their start at the “Lab.”  I couldn’t understand them 99% of the time but they were never boring.

The back door leads to a chance to get wet and dirty as you learn about water management.  Downstairs are classrooms where kids learn about lizards and volcanos and all that cool stuff in a more formal setting.

For bigger kids, Berkeley offers a different sort of entertainment: 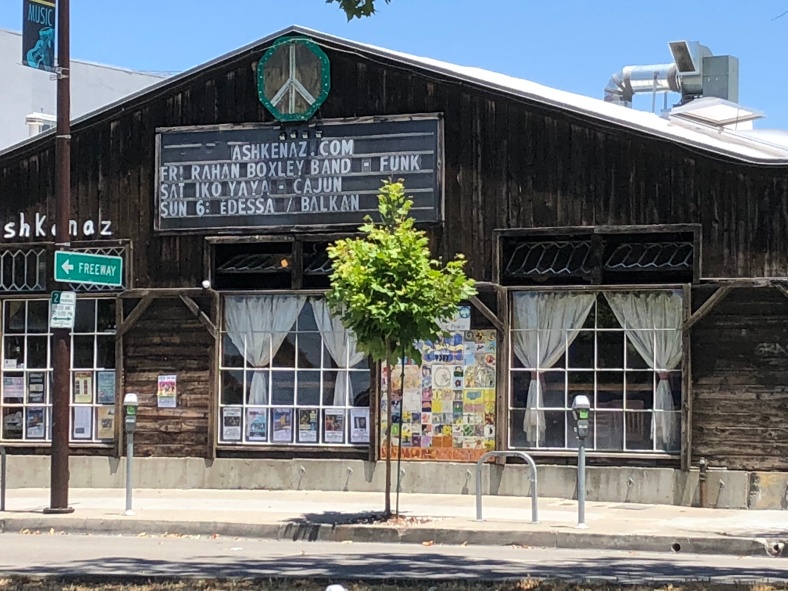 The Ashkenaz, which has been around since 1973, is run by a non-profit organization whose goal is to showcase music and dance from around the world. The idea is not to listen or watch but to participate and they’re very serious.  If you come, you dance. 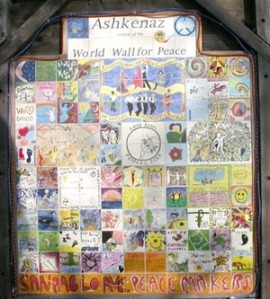 Berkeley is known for its eccentric population and if you wander around up near the campus you’ll see just about anything.  When I worked there, the most famous eccentric was the Naked Guy, a 6’5” former athlete who insisted on attending class in nothing but shoes.  Clothes, he claimed were oppressive and for a time, no one said a word.  It was, after all, Berkeley.

Then there was the Hate Man, a former journalist and Peace Corps worker who espoused the doctrine of hate and “oppositionality.” To start a conversation with him, you had to say “Fuck you.”

When he died, it made the national news and the denizens of People’s Park, a homeless encampment smack dab in the middle of Berkeley, made a memorial for him, which he would have hated.

Check out other doors from around the world at Norm’s place. 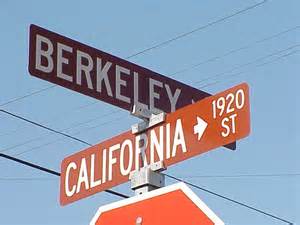 Yesterday my buddy Cinda and I took the train over to the Bay Area Book Festival.  It was a nice day. A little smoggy but nice. I hadn’t been to downtown Berkeley in several years but some things never change; college kids still fly up and out of BART like locusts, hopping over those of us with squeaky knees. The homeless still camp where they want. Restaurants still have signs in their windows reading “Bathrooms for customers only.” There’s still a whiff of pot in the air.

We were there to attend (among other things) a session at the iconic Shattuck Hotel on writing memoirs. Having worked in that neighborhood for many years, the hotel itself brought back many memories. The lobby had been remodeled since my last visit but the upstairs meeting rooms were the same.

As the memoirists discussed their process, I flashed back to one particular day in 1995. I believe it was in the fall, not long after the lean, fast-paced company I worked for had been swallowed by its parent, a whale full of corporate babble and blubber called TRW.

If you’ve ever worked for a monster company you know the first thing that happens in these instances is reprogramming. Shortly after the “we have taken over but don’t worry” announcement we were signed up for a session in “corporate expectations” at the Shattuck and ordered to attend, regardless of our work loads or even what we did. Facility manager, receptionist, janitor – it didn’t matter. Of course, we all knew the end was coming. Reprogramming is usually either proceeded or followed by “corporate restructuring.”  And sure enough, as we sat in Shattuck, our new lords and masters laid off friends who’d been excused from the reprogramming so they could be fired, a brain-dead effort to appear kind that back-fired. I don’t know what they were thinking because at lunch the news flashed through the Shattuck, causing several members of my “class” to storm out of the session, middle-fingers raised in salute to our instructor who was just some poor rah-rah from Cleveland where TRW was called T.R. Wonderful.

Me, on the first floor of the SS Milvia.

We were all friends then, just a happy tribe of musicians, artist and writers who supported each other while working our day jobs.  Email was in its infancy and required keystrokes, thus it was the medium through which we could bare our souls without upsetting the purveyors of corporate values. 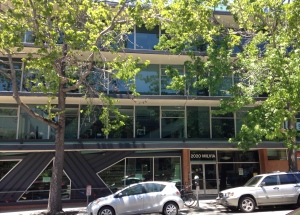 The SS Milvia, once the home of pirates and outlaws, now modernized.

The SS Milvia where we all worked and played is still moored about a block away from the Shattuck. After the class in memoirs I wandered past it which was a mistake.  Someone’s modernized the facade; they’ve probably also replaced those sabotaged toilets that flooded the lab the day we were uprooted to Oakland. And fixed the elevator that froze between floors every time the big guys got rowdy. I’m sure the foosball table is gone. I’m sure it’s no longer a shoes-optional building.  And I’m sure no one working there uses email to start a flaming debate about abortion or the death penalty. Those times have passed.

I stood and looked at the SS Milvia until the memories whispered good-bye, its time to move on.

Have you ever wandered past a place once held dear and wished you hadn’t?