Here in Northern California we are just getting our electricity turned back on.  Since we were warned that the outage could last for several days and my devices are all old and in need to new batteries, I have basically been off-line since Saturday night.  I only turned on the EyePhone once every couple of hours for updates on the numerous fires in my area.  So for this week’s ThursdayDoors, Norm’s Frampton’s photo challenge which I truly enjoy and hate to miss out on, here are some scary doors from over the years!

Renwick Ruin,  Roosevelt Island, New York City.  For many emigrants, their only home in America if they were unfortunate enough to have contracted small pox. This place really gave me the willies. 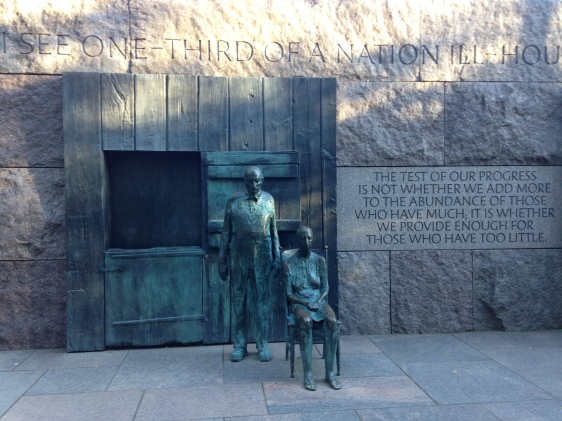 Fort Sumter, South Carolina, where many soldiers were bombarded for days by their fellow countrymen. 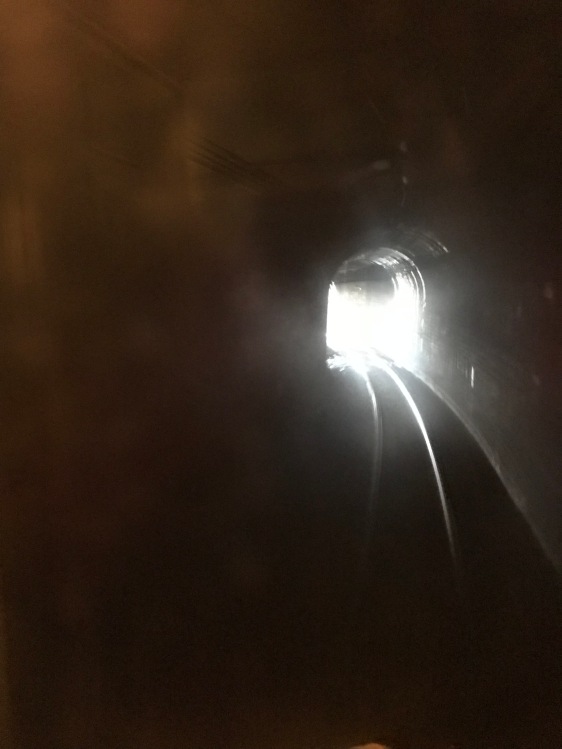 Amtrak Tunnel.  Just spooky is all.  Happy Halloween everyone!

Last month we took a trip back to Washington, DC and Charleston, SC – two places technically in the southeast but, aside from grits and soft-shelled (blue) crabs, they’ve little in common. One is a sprawling metropolis and the other a snapshot of the genteel south circa 1780. Needless to say, I have enough doors to be able to participate in Norm Frampton’s #ThursdayDoor event for a long time.

I’m going to start with these doors from the FDR Memorial to remind my American friends of the stakes at risk in our upcoming Elections.

Door representing the hopelessness of many people during the Great Depression 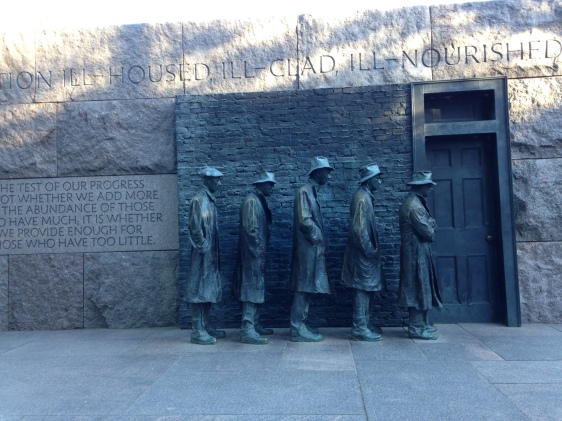 Door to the Soup Kitchen, the only way to survive for many people.

The Republicans and Libertarians have made consistent threats against  programs like the ones President Franklin Delano Roosevelt put into place; programs that saved this country from the Great Depression and provided a safety net for millions of Americans, particularly the weakest and most vulnerable of us.

The FDR memorial sits across the Potomac from downtown DC and is just down the road from Arlington Cemetery (which is always on my must visit list.)  The memorial is a maze-like series of granite walls representing each of FDR’s four terms in office. Into the walls are carved quotes from his most famous speeches.

The one above says:  “We must scrupulously guard the civil rights of all citizens, whatever their background.  We must remember that any oppression, any injustice, any hatred is a wedge designed to attack our civilization.” 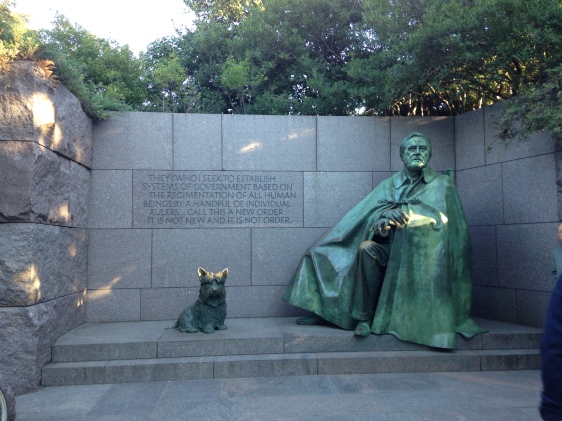 FDR and Fala, the only presidential dog to have his own monument.

It’s shocking to contrast what a man in a wheelchair and in dubious health created in both words and deeds in twelve years while for eight years our Republican-held congress has accomplished nothing but repeatedly attack Obama care, fund baseless investigations against the Clintons, and encourage through word and deed citizens to turn against each other with hatred, intolerance and incivility. 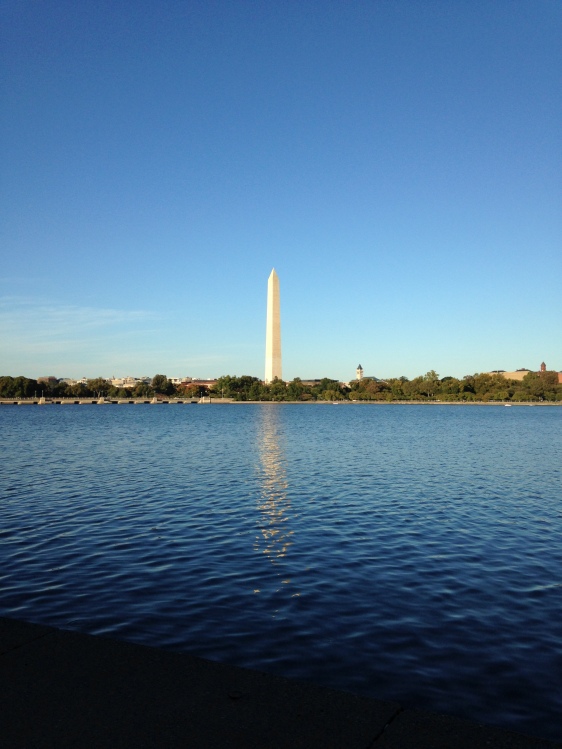 I think every American needs to keep in mind why social safety nets were put into place and why any politician seeking to destroy them should be defeated on November 8th. By next Thursday we’ll know.  Are we going to go backwards or forwards – what’s your guess?

Apologies for the darkness of the pictures – we were there in the evening.