The last novel I published was loosely based the fourteen years I spent battling the State Franchise Tax board. How boring, you say.  No vampires.  No zombies.

We’re from the IRS!

The fact of the matter is, not understanding your liabilities under tax law can result in a truckload of vampires arriving at your front door, IRS agents whose bonuses and raises are dependent on how much blood they suck from a delinquent taxpayer.  Followed by the courts of last appeal whose zombie lawyers blindly follow the tax code regardless of what they see or hear.  Nothing but complete surrender will drive them away.  At least, that’s what they want you to believe.

In honor (or horror) of the coming tax season, here is my story:

If you ever find yourself divorcing a con man, there’s just one way of escaping a shared tax debt without providing your death certificate or going to prison and that is to prove you were too stupid and dimwitted to understand the tax forms you signed. 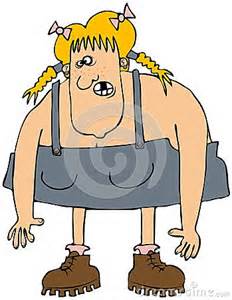 If you can’t prove you’re a moron,  you will be charged with willful avoidance.

Willful Avoidance means, in brief, that it is your duty as a prudent taxpayer to fully understand tax returns you have signed.  It doesn’t matter if you’re married to a billionaire with more properties than you can count, Swiss bank accounts, and an office full of tax accountants.  If your spouse disappears owing taxes, the IRS will be after you, particularly if you’re living in the primary residence.  And you can’t claim you knew nothing; they will harass you continually as each day brings rising penalties and interest on your debt until it’s so ridiculously inflated that one lifetime alone will not be enough get out from underneath.

For this reason I believe a taxman should be in attendance at all wedding ceremonies and that the following should be written into the vows:

Preacher:  “And do you, Sally Murgatory, promise to fulfill your duty to the IRS as a prudent taxpayer, by scrutinizing all financial records and tax returns with the help of CPA and refusing to sign anything you do not completely understand?”

If the bride objects thusly: “Golly Preacher Man, shouldn’t I be obeying my man and making him feel like a king in his castle?”

The taxman in attendance must interject:  “To blindly obey your husband constitutes Willful Avoidance, a crime in the eyes of the IRS!”

Granted it would probably take some of the romance out of a wedding to have a taxman standing between the bride and groom, but it needs to be done!  Too much of that honoring and obeying is what leads to willful avoidance and you don’t want to go there.

Here is another fact about marriage and tax law which should be made clear to both bride and groom:  Even if a wife doesn’t work, even if she stays home to take care of the children, no husband has the right to say the following:

WRONG!  In the eyes of the tax man, both spouses are equally responsible for paying taxes on any money and or property brought into a marriage.  State laws may differ but I wouldn’t bet the bank on it.

Okay, I’ve painted a pretty dire picture.  The IRS has provided a way out of an unfair tax debt.  It’s not an easy road but it can be done.

Next: Five Deadly Sins in the Eyes of the Taxman

***Images and cartoons are from Bing.com

8 thoughts on “Why obeying your husband is against tax law”