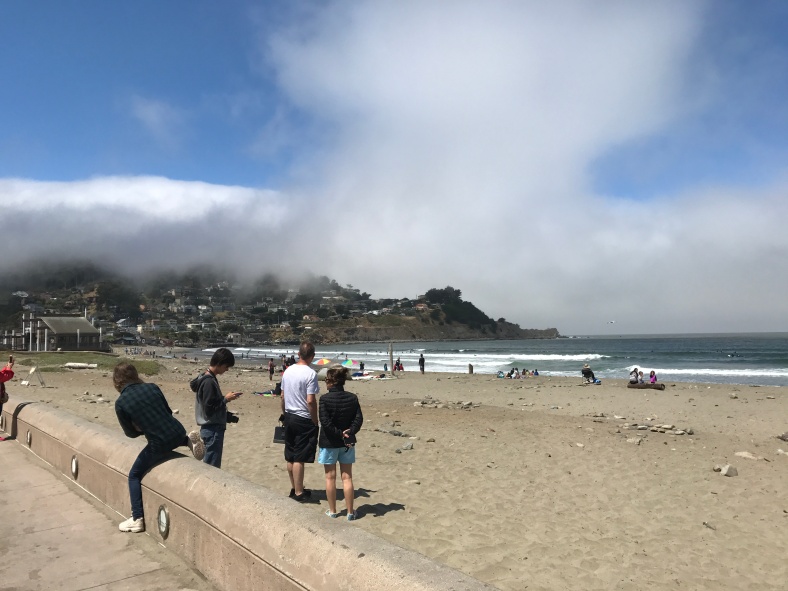 I’ve been trying to get back into writing after quite a stint away thus my blogging pace has slowed. However, every now and then I have to get out of the house and when I do I try to snap a picture or two for Norm Frampton’s always entertaining weekly doors party.

My “doors” – a fun cafe in Half Moon Bay

Mural in the cafe. Another flying fish: the Honolulu clipper.

Even when the weather is unbearably hot here in California, the Pacific coast is always at least 15 degrees cooler and so that’s where we headed last Thursday when we needed to put miles on our car so it would pass the smog test.  You probably wonder why we hold onto a car which we drive so rarely that it doesn’t pass the smog test.  Well, it’s not just any car.  It’s a 2001 Lexus IS. Damned addictive to drive and cute as hell.  We bought it when we both worked for dot.coms which were supposed to make us millionaires.  Ha!

Because we live due east of downtown San Francisco, the most direct route to the coast is through the City.  However traffic is insane and then there are all those hills “climbing half way to the stars” with cable cars and buses and Ubers and taxis and trolleys all fighting for a lane. Lest I forget the bicyclists who think they own the whole damn street. So we generally go either north or south and then cut over to the coast via roads less traveled.  Last Thursday we drove south then west to the beaches, Pacifica to be exact. The reason, we wanted to see the Tom Lantos Tunnels which were completed in 2013 after many years of struggle and debate, both ecological and financial.

These tunnels go directly through Devil’s Slide, a massive landslide covering the stretch of Highway 1 between Pacifica and Montara. The mountain literally decided to join the sea taking the road with it. For years they kept fixing the road and for years the mountain kept moving. Finally they gave into nature and built the tunnels. 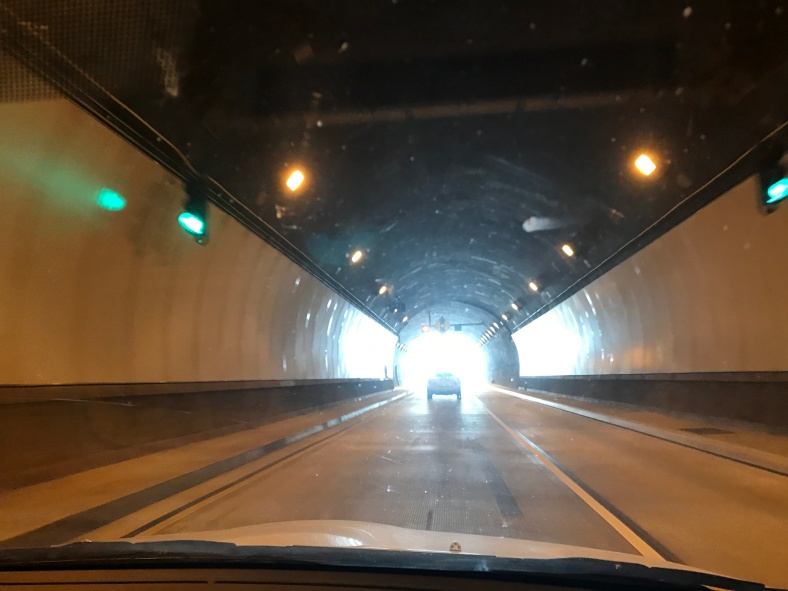 Exiting the tunnel when fog hugs the coast is a bit like seeing that light at the end of the tunnel as you lay dying.  On that cheerful note, I’d best be getting back to work!

26 thoughts on “#ThursdayDoors: Cooler by the Coast”