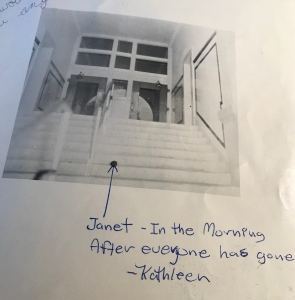 From my junior high school yearbook.

By high school I’d decided that I wanted no trinkets (such as yearbooks) to remind me of the four miserable years I’d spent in high school. Truth be told, I probably brought on my own misery by telling my classmates that everything they held dear was stupid.  Football – stupid.  Proms – stupid.  Cheerleading – really, really stupid. And what was smart?  Protesting senseless wars, archaic dress codes and, well, just about anything. It’s a miracle my classmates didn’t drown me in PE, which I probably also protested.

However, before I became such a sanctimonious nincompoop, I was an insecure junior high schooler desperate to fit in.  Not only did I buy yearbooks, but I had everyone I ran into sign the darn things, even the teachers!

Recently I cracked open my junior high school yearbook. I was looking for a name mentioned by a friend that sounded familiar.  I didn’t find the name but I was opening a door that should have remained forever closed. 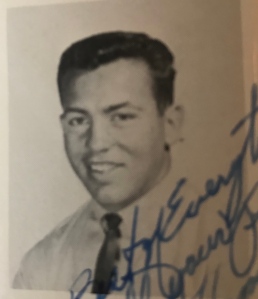 First to the good memories: Above  is my favorite science teacher.  He was young, red-haired and fool-hardy enough to lead an astronomy club full of thirteen-year- olds up to the shingled rooftop of a four-story building where there was nothing to stop anyone of us from rolling off the edge. 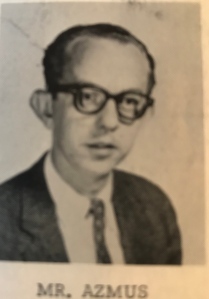 My German teacher insisted we call him Herr Assmus. I guess he figured that if he was going to be teased for his name by students, he might as well go along with the gag.  However he had his limits. One day, after being forced to teach German in a room also used for Sex Education, he erupted in a fury: “I cannot teach German with a penis staring at me!”  Then he proceeded to rip a diagram of a  penis off the wall while we all cracked up.

This teacher hated me.  I had absolutely no homemaking skills and practically burnt down her kitchen.

My art teacher reminded me of Tony Randall from the Odd Couple.  Fastidious and neat but always smiling.

Our custodian was always on the spot when we forgot the combinations to our locker but never scolded us.  I guess that’s why he got a special place in the yearbook. 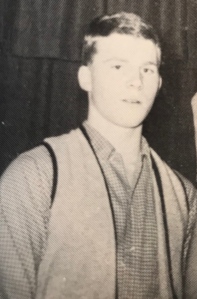 Nori had it all:  Looks, athletic ability, and a stable family. He was also an alcoholic. I went out with him once in high school; he picked me up drunk and took me to a party with other football players and their girlfriends.  There he proceeded to get even drunker and wandered off to a bedroom where the school’s “easy” girl serviced the boys while their prim girlfriends sat together and gossiped. One of the other football players became disgusted with the game and took me home. Not long after, Nori drove off a cliff up at Tahoe.

After his death, we found out his other “shameful” secret:  he was Jewish.

Blake took one psychedelic too many and ended up in the state mental institute. When we went to see him, he claimed to be Jesus. Not long after, he also died.

Dee was so cute and bubbly that all the boys had crushes on her, even the ones from out in the sticks where she would have been called “colored” or worse.  She disappeared from school one day without a word.  Months later we found out from our sex education teacher that she’d bled to death in an alley in Oakland, California after an illegal abortion.  I often think about her. Fourteen years old. 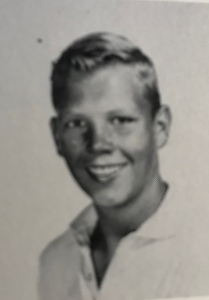 My mother tried to set me up with this guy because his father was a self-made millionaire. He had a Trump-like personality and actually shot someone he’d never met in the back thinking he’d get away with it. Pretty boy didn’t last long in jail.

Above is the James Dean of our class. His rebellious streak got him slapped around (and worse) by the male teachers (hey – this was a different time).He’s probably in jail but I liked him.

This gal actually murdered someone and got away with it. But it was okay because he was a Piute Indian and she was the daughter of a prominent socialite. On her picture she wrote “Nancy is a queer.”  As far as I know, she is still alive.

Okay – we didn’t all turn out to be murderers or drug addicts or dead in an alley somewhere. Jon, who was a neighbor of mine, is a lawyer who worked in the Obama administration. The last time I saw Johanna and Lucille was at the premiere of their art show at the De Young Museum. Steve was Mr. Popular all through school because he was kind and thoughtful to everyone.  He’s a basketball coach out in Winnemucca.

Oh and I found a picture of my ex-husband as a thirteen year old which you don’t get to see  because I want you to have some respect for me!

My advice to you all is stay away from those old yearbooks.  Reopening them is often  like playing the game Jumanji.