Yesterday I did not write or blog. Instead I put together Adirondack chairs. Four of them. And it felt good. Sometimes you just have to push away from the computer and spend a day making things with your hands. The world will not miss you.

To those in the US –  have you been shopping for outdoor furniture in the last couple of years?  Holy Cow! Gone are the days of redwood picnic tables and folding chaise lounges. It’s a whole new world, as Joel and I found out when we set out to replace our worn out, odd assortment of hand-me-down outdoor furniture. 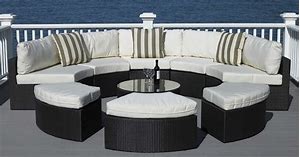 The first place we went was called Patio World.  I was hoping they sold furniture in a world of price ranges and styles. Wrong!  This is a place for people willing to spend thousands of dollars for a piece of furniture that’s going to sit outside in the sun and be pooped and peed on by an assortment of critters.

The cushions were thick and the fabric was guaranteed to outlive me. Luckily the salespeople at that high end joint ignored us.  Isn’t it funny how salespeople can spot shoppers who prefer not to go into debt just to keep up with the Joneses? I’ve heard it said that your shoes give you away.  I was in flip flops.

“Let’s check out the wine store,” Joel announced as we left.

He pointed to the big box store across the street.

When I first started making treks down to San Francisco (back in the Ice Age), a trip to Cost Plus World Market was always number one on my list. Housed in a large windowless warehouse on Fisherman’s Wharf, it was a place where you could buy really cool stuff from all over the world: batiks from India, Japanese tea kettles, jewelry made from Indonesian seashells, Witch Doctor masks from Africa, bittersweet chocolates from Zanzibar, rattan furniture from the Philippines, just about anything you could imagine and more. 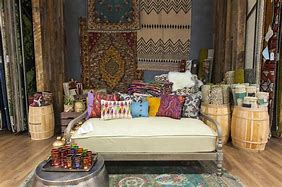 It was nirvana for a kid from Reno Nevada where the most exotic thing you could buy with your hard-earned babysitting money was a taco from the town’s one Mexican restaurant. 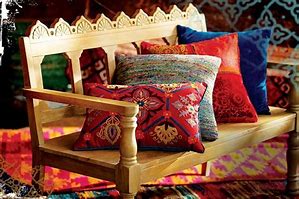 Since then Cost Plus has been franchised all over the United States. A flagship store still sits on the Wharf but it’s no longer in a warehouse with a sawdust floor and you no longer enter through a fog of incense. Fertility Gods sit on shelves in well marked areas and not on bales of hay in poorly lit corners.  Most notably, salespeople are no longer free to wander around barefoot or smoke pot on their breaks. Today’s world market is a antiseptic, well-lit, big box store.

However, we know the wine buyer for the stores in our area and he assured us they bought good stuff so we wandered over.  Perhaps going home with at least one bottle of good wine might save the day, only – we never got to the wine department. Just beyond the front door we encountered a brightly colored display of Adirondack chairs, and they were on sale.  “They’ll do,” I said, to which Joel agreed.  Mexico was playing somebody (I forget who) and he wanted to get home to the World Cup.

Have you ever tried assembling an Adirondack chair?  It’s not hard, but it’s confusing. The seat and back legs are one piece and the front legs are assembled at a V angle to them which has to be contrary to logical chair assembly. However after putting them on backwards a couple of times, I finally got the idea. The trick is not to tighten the bolts until you’ve assembled the whole chair.  Otherwise, you start over from scratch.

After finishing, I lined the chairs up on the deck facing the canyon.  What do you think?  I’m reminded of the deck of the Titanic.  I can almost hearing the band playing Nearer My God to Thee.

Ah well.  With a few colorful cushions made in Vietnam, they’ll do.

27 thoughts on “Comes the Darkness”