Today’s post comes from the delightful Geoff Le Pard who’s just published his first memoir, Apprenticed to My Mother.  I have read many chapters on his blog and they were both hilarious and poignant. In this bit, Geoff fondles a subject all of us can identify with…the gruesome thought of our parents having sex.

From Apprenticed to My Mother,

The Embarrassment of Parenting

Many things are going to embarrass you, if you are a child. Your parents being the most obvious. From kissing you by the school gates, to talking to you when you’re hanging out with your mates, to serving something wholesome when friends come round, to dancing at any stage, you will be mortified. 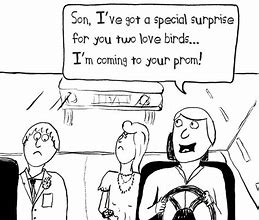 But perhaps the nadir of the urge to squirm comes when the subject of sex raises its ugly head (which is perhaps an unfortunate image with which to start this piece).

My parents were no different, though maybe they were slightly more aware of the impact it might have on the Archaeologist and me than some parents during the 1960s and 70s.

As is the case with all small children who sleep in a separate bedroom, the idea that my parents may be capable of any intimacy beyond a peck on the lips was anathema. Still is, in truth. I think I managed to make it to about 11 or 12 before the concept of parental congress became something that might, just have legs.

There was the incident with the baker’s delivery boy, who whilst walking around the side of our house was confronted by my father, red-faced, running away from my mother, broom in hand and calling, ‘Come back, Desmond, it’s Thursday and my turn…’ I heard about this third hand from the brother of a friend of the sister of the deliver boy. I think he might still be in counseling.

Or, the occasion of the engrossing TV drama when Mum, cup of coffee in hand, leant forward to absorb the tension and missed her mouth. The scalding liquid made its unerring way into her top and thence into her bra. She did the only sensible thing: she began ripping off her clothes, quickly revealing her bra to the gaze of three startled males. I assume my father had seen this before and my brother may have too, but, whilst I had seen the garment in the washing, I had never been present when it was disported.

‘Barbara, the boys.’ My father’s panic mirrored my own. By now my mother was pulling the material away from her skin and at risk of revealing more than was clearly thought appropriate.

‘Oh for goodness sake. Pathetic.’ Mum stood and, still trying to ensure the skin was not melting into the upholstery, headed for the kitchen.

This is but one example of the cruelty of TV when each family had one screen and only two or three channels. Nowadays, if a programme might be embarrassing, there is at least the option to watch on different screens or on a laptop or Mac. Not then. We all shared the experience, for good or bad.

In many ways the 1960s were a watershed, bringing smut directly into our living rooms in the guise of ‘modern’ dramas. Dennis Potter and Harold Pinter appeared as playwrights who were as liable to put swearing in the small screen as nudity. And it was the nudity that caused the most problems.

Picture the scene; a 25 inch TV sat in one corner of the living room. Facing it from the right was my father, positioned next to the fire so as to get first dibs on any warmth the sclerotic gas burner might deign to throw out. His chair was ancient with wings behind which he could hide if needs be. Next, my mother in her small chair, almost too small for her. It hugged her sides and had low arms which allowed her to reach all around and pick up whatever project she would be working  on while watching the TV: shelling broad beans, mending trousers or socks, quilting or embroidering in a ring, making a stuffed toy for some raffle. Then there came the Archaeologist and me, squeezed onto a two seater sofa next to the door to the hall through which an incessant and bleak draught blew; necessarily I was next to the door.

On the TV is a BBC drama. Therese Raquin by Emile Zola. This adaptation is in a number of parts and my mother has done well to persuade my father that they should watch it. For an educated man, he wasn’t keen on ‘improving’ TV. We have reached episode four when Therese and her lover have killed Therese’s husband. They are in bed together. 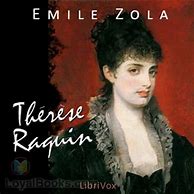 My father is, as was often the case, asleep in his chair, his head lolling to one side. My mother is squeezed into hers, her hands full of wool. I’m not sure if the Archaeologist is present – I think not, but perhaps my attention is distracted. You see, in the previous episode there have been some glimpses of interesting parts of the female anatomy with which I was less than familiar at that point. I have hopes, given the rumpty-tumpty that is continuing on screen.

Therese and her lover are finding congress difficult in the light of the murder they have recently undertaken. Tension is building and then then…  It all happens so quickly. The lover rips back the sheets, exposing both actors to the camera. The man – sadly – leaps from his bed, his voice rising well above the soft tones of moments before.

In his chair Dad stirs. Mum, seeing the full frontal nudity unfolding as it were in front of her, begins to stand but is inhibited by her chair, gripping her sides. She is doing what comes naturally in such moments: she is heading for the panel that will let her change channels – oh, for a remote, she might have thought, had such things existed.

I, and the Archaeologist are trying a complex maneuvering that will enable our body language to scream ‘we aren’t looking, hardly interested really, you won’t get us watching smut’ while all the time making sure we have a clear an unimpeded view of the screen. The lover stands, face to camera. In a voice tremulous with emotion and self-disgust he intones:

‘We must master fate.’

Rarely have pauses been more pregnant. My mother stops, halfway out of her chair. Despite the compelling sight of a completely naked couple filling the screen, the Archaeologist and I are now staring at Dad. Dad, in turn is ogling the screen, his eyes flitting back to Mum and then the actor. He couldn’t look more distressed, a disappointment redolent of the sort of let down that follows unreasoning hopes. ‘Surely he’s not, Barbs. Surely not on the BBC.’

At that moment the actor cups his exposed genitals, a belated attempt at modesty but sadly, given my father’s mishearing, merely convincing him that he is, indeed, about to witness the first example of televisual onanism that has been broadcast.

I don’t think any of us really recovered from that moment. It took years to bring some sort of stability to the evening’s entertainment. Dad never really trusted mum’s judgement around dramas and Mum felt obliged to perfect her up, out and ‘let’s see what’s one the other side’ movements. such that even the most harmless of inappropriate phrases could lead to a change of channels.

As for actual sex, well, I remain to be convinced. I suppose I feel, like most children, it would be a kindness to believe I was adopted.

Geoff Le Pard started writing to entertain in 2006. He hasn’t left his keyboard since. When he’s not churning out novels he writes poetry, short fiction and blogs at geofflepard.com. He walks the dog for mutual inspiration and most of his best ideas come out of these strolls. He also cooks with passion if not precision.

My Father and Other Liars is a thriller set in the near future and takes its heroes, Maurice and Lori-Ann on a helter-skelter chase across continents.

Dead Flies and Sherry Trifle is a coming of age story. Set in 1976 the hero Harry Spittle is home from university for the holidays. He has three goals: to keep away from his family, earn money and hopefully have sex. Inevitably his summer turns out to be very different to that anticipated.

Life in a Grain of Sand is a 30 story anthology covering many genres: fantasy, romance, humour, thriller, espionage, conspiracy theories, MG and indeed something for everyone. All the stories were written during Nano 2015

Salisbury Square is a dark thriller set in present day London where a homeless woman and a Polish man, escaping the police at home, form an unlikely alliance to save themselves.

Buster & Moo is about about two couples and the dog whose ownership passes from one to the other. When the couples meet, via the dog, the previously hidden cracks in their relationships surface and events begin to spiral out of control. If the relationships are to survive there is room for only one hero but who will that be?

Life in a Flash is a set of super short fiction, flash and micro fiction that should keep you engaged and amused for ages

Apprenticed To My Mother describes the period after my father died when I thought I was to play the role of dutiful son, while Mum wanted a new, improved version of her husband – a sort of Desmond 2.0. We both had a lot to learn in those five years, with a lot of laughs and a few tears as we went.

21 thoughts on “The Embarrassment of Parenting by Geoff Le Pard”