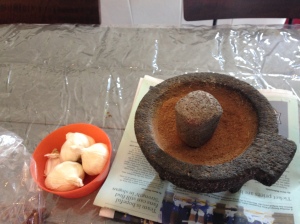 We turned to Liz’s antique mixmaster after giving up on the mortar and pestle of her ancestors.  However, after only one over-stuffed load of roasted poblano chiles (I warned her!), it begun to smoke and the resulting mixture (after five minutes of grinding) did not resemble powder; it resembled cornflakes.  A light went on over Liz’s head. She unwrapped a present she planned to give her daughter for Mother’s Day: an electric coffee grinder,  an itty bitty thing perfect for her daughter’s one cup of coffee per day.

Alas, it soon became apparent that between the smoking mixmaster and the tiny coffee grinder we would be pulverizing chiles until the end of days. Luckily I knew where to find a much more powerful mixmaster and a substantially larger coffee grinder. 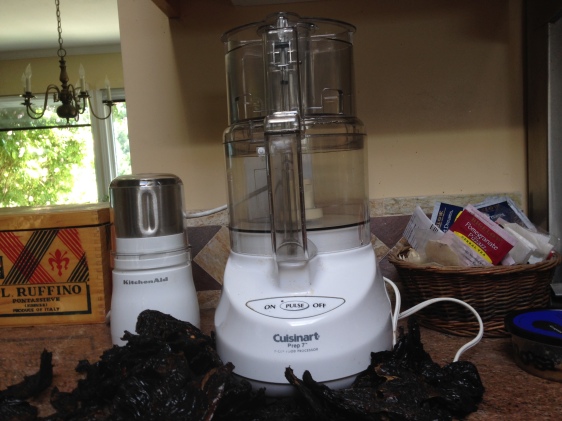 “You’re not taking my babies to Liz’s house!”

My husband adores his gizmos. Almost obsessively and Liz, well, Liz has no patience with a machine that doesn’t obey verbal orders.  He went on to catalogue all the things we’d lent her which came back a little wonky.

“I won’t let Liz touch it.  I’ll do all the grinding myself.”

He didn’t believe me but when informed no mixmaster equaled no mole sauce, he relented. I returned to Liz’s house and we commenced our never ending chili grinding operation. 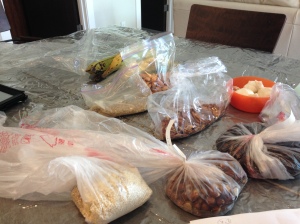 Once the chiles were pulverized, it was time to work on the other ingredients: hazelnuts, almonds. raisins, pecans, cinnamon, garlic, sesame seeds, anise, and plantains. All of which would need to be roasted until they were fragrant. 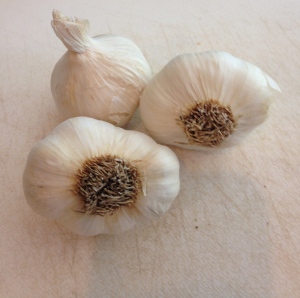 As Liz roasted, I pulled apart garlic.  I love garlic, I really do.  But peeling garlic, oh my, do your fingers get sticky.

When we were young mothers I envied Liz.  I was divorced and struggling in a community were misfortune was treated like rabies, the victims snubbed and quarantined, while she lived in a sprawling ranch-style house on a hill, her Liz-worshipping husband, an attorney specializing in environmental concerns, her large close-knit family always around for family dinners and impromptu babysitting, her children invited to all the parties mine were not. So when her family adopted me and my son as a part of their extended family, I smiled and pretended things were not as bad as they were for me. I always assumed the same women who pretended not to see me when I went to school events, welcomed Liz into their fold because, unlike me, she hadn’t caught the misfortune bug.  Apparently she was as a good a pretender as I was. 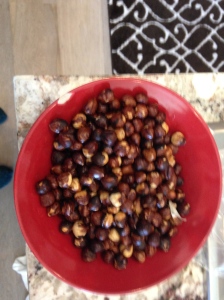 There is nothing more blissful than the smell of roasting nuts combined with cinnamon, anise and sesame seeds. It’s better than an orgasm!

Ah, the things we do not see.  Until Liz was 30 she was a legal resident of Mexico, having come to this country at age 5. And although she earned a college degree and worked for the state for many years, as a child she would have been someone Trump and Cruz would want to deport.

“Remember Miss Crap?” she asked as we were roasting away.

Miss Crap is what she calls our boys’ kindergarten teacher. Her real name was Miss Trap.

“Remember how we all had to go in and help her out once a week?”

“You know what the bitch had me doing?”

Miss Trap generally put me in charge of an art project. I always assumed it was the same for Liz. “No.” 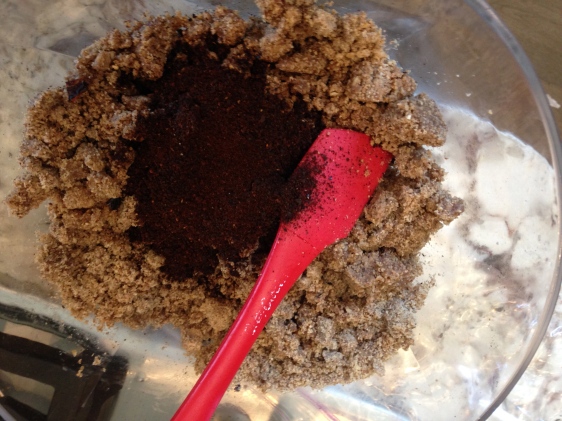 Ground chili powder on top of the nut/raisin/spice mixture.

After filling the house with their heavenly fragrance, we dumped the spices, nuts and raisins into the mixmaster and let ‘er rip. Unfortunately the raisins proved to be a problem. They don’t grind very well. We ended up with a mixture the consistency of lumpy peanut butter.

And there was another problem.  The plantains were not ripe.  “I’ll call Pat and have him buy some more plantains,” she said.

Pat, Liz’s husband, had been MIA most of the morning.  After she reached him, he called back several times, unable to find plantains anywhere.

Our hands were chapped and bleeding.  Our wrists aching from that damned mortar and pestle adventure. “Oh crap, I’ve had it,” said Liz. “Let’s have a glass of wine and call it a day.”

Stay tuned for the final episode – will Pat find ripe plantains?  Will Liz and Jan figure out how to turn raisin goop into powder? Or will their mole turn out to be mole paste?

Anyone have a suggestion as to how to grind roasted raisin goop?

13 thoughts on “Making Mole in the Modern World”