I don’t have many pictures of Christmas mornings when my kids were small because let’s face it – who wants to have their picture taken after you’ve stayed up until 5 am putting together a bicycle using instructions written by someone of dubious technical skills and then been woken at 6:30 AM by children anxious to see what Santa brought? 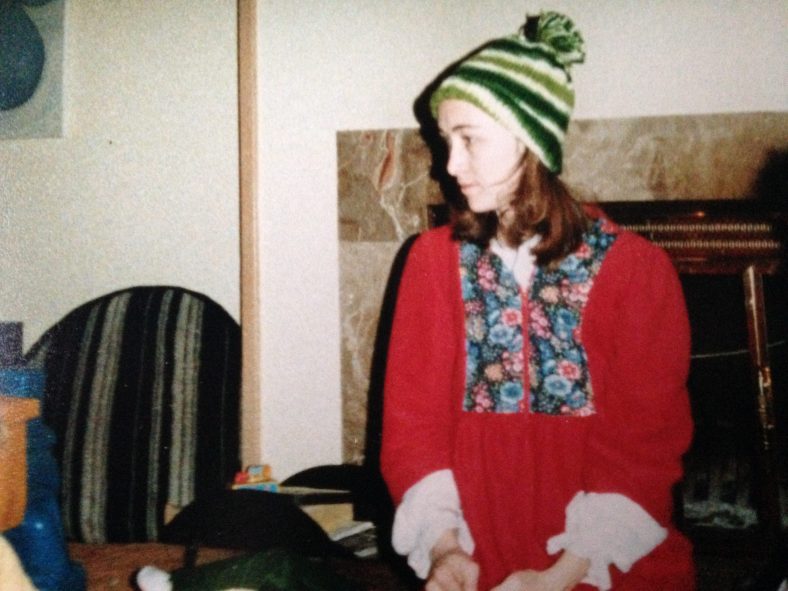 The above picture was taken the year my Aunt Gloria knitted us all brightly colored beanies.  Didn’t help – I still look like a bloodless vampire. 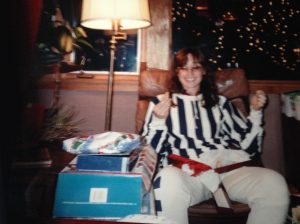 This picture was taken after I’d opened a  box of fortune cookies from my “Secret Santa.”  Look at how excited and happy I was. Thanks Cousin Penny; exactly what I wanted!  Of course that was the year my sister and I drank a bottle (or two) of wine while making our contribution to dinner: scalloped potatoes. Dinner time came, everything was ready to go but whoops! We’d forgotten to turn on the oven. My step mother was not amused.

Eventually your kids become teens and it becomes impossible to wake them before noon, even on Christmas morn. When you finally get them out of bed, they look like this all day long. 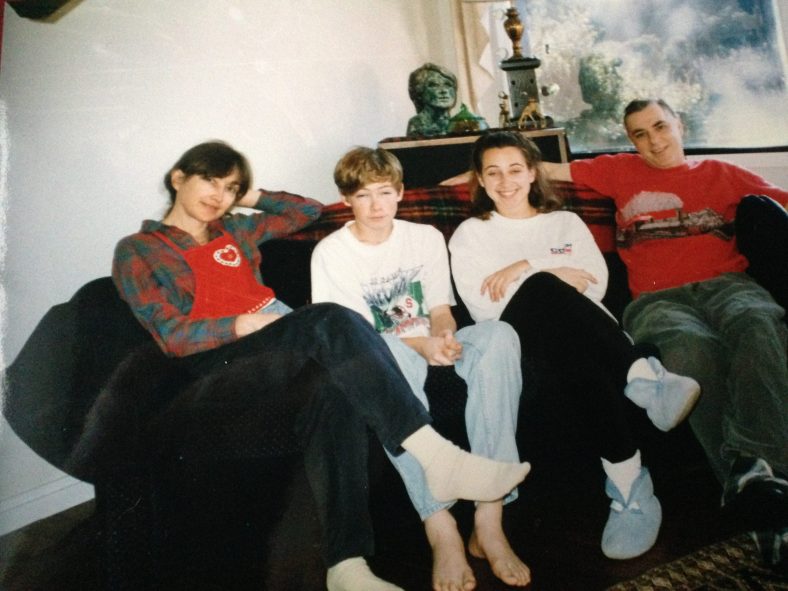 At least Boo was attempting a smile.

At one time I was so good at the Christmas thing that my children got into fights at school with non-believers. Now Christmas Eve my daughter and I have been spotted enjoying Happy Hour at the local vegan, gluten-free beach shack as the sun sinks into the Pacific.  Shhhh, don’t tell Santa. 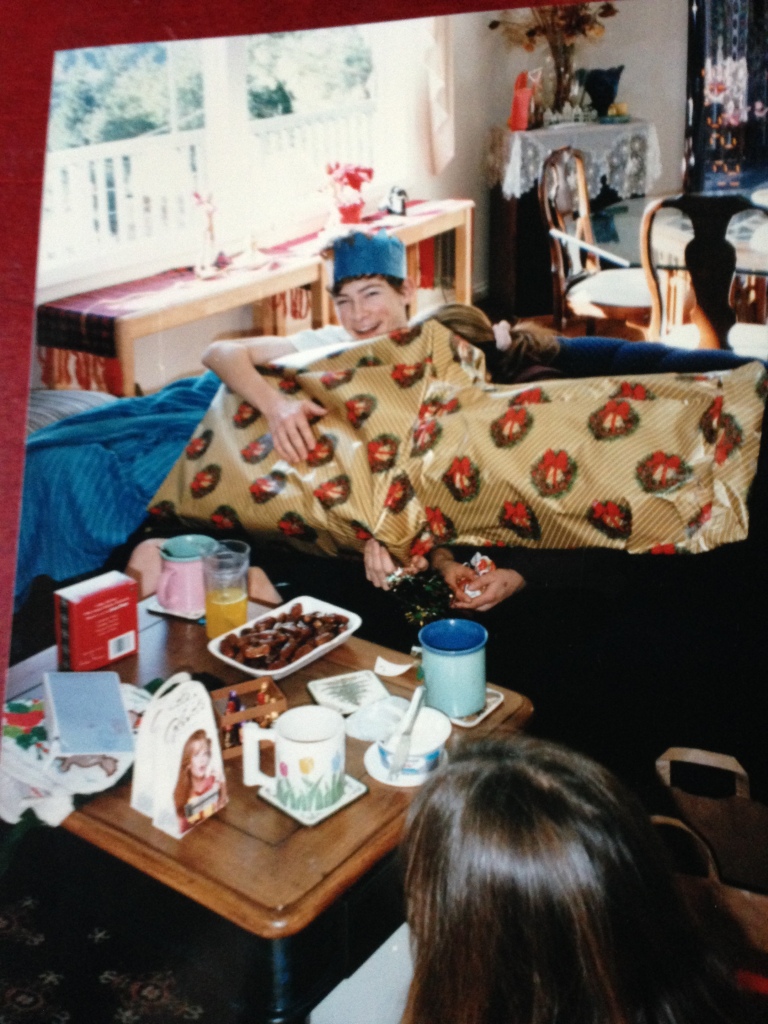 Can you see my daughter Boo in the above picture? I’d gotten her up early and started taking pictures before her shower and beauty regimen so she refused to have her picture taken. What do you think Cam was excited about getting? 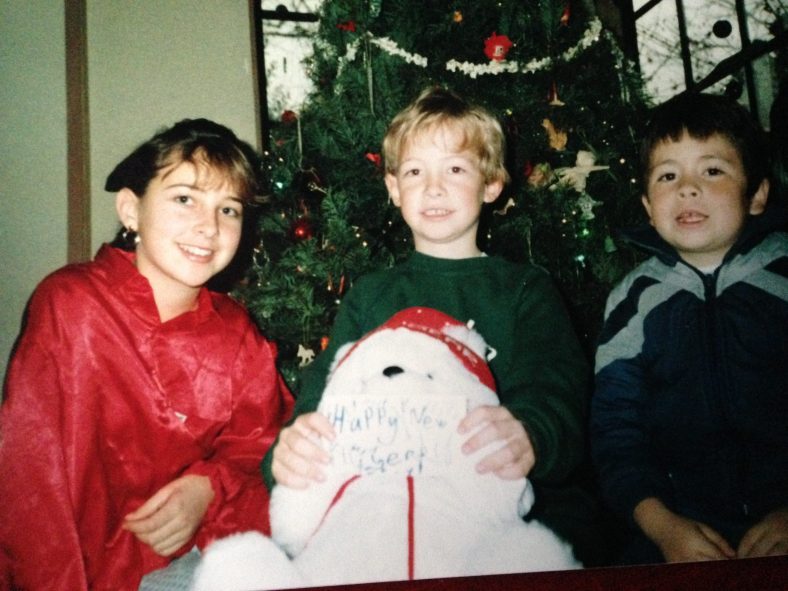 Happy Christmas from Boo, Cam, and their buddy Bobart (a nickname).

I’ll be away for Christmas – here are a few posts from past Christmases in case you miss me:

And my favorite Christmas song.

War won’t be over; fear won’t be a thing of the past but all is not lost.  Down at Henri’s Beach Shack wine will be five dollars a glass until 7 PM.  There might even be a jazz band.

22 thoughts on “Ghosts of Christmas Past”