Last week I did my patriotic duty and showed up for jury duty. Unfortunately I showed up on the wrong day. Heck, I wasn’t even there in the right month.

I blame my blunder on having to reschedule twice and, in the process, getting confused. Yeah, right.

Anyway,  not wanting to waste a morning (and because I had no desire to get back on the freeway during rush hour) I decided to wander around the small but historic town of Martinez California.

Martinez is the county seat, thus most of the courthouses are located here. The sheriff’s deputies don’t let you take pictures of the security entrances for some reason so I took the above shot from across the street.  The men standing in front are offering free prayers for those entering the courthouse. The town is filled with signs also offering hope to the hopeless or the guilty but only if you’re willing to pay

Martinez is also full of antique stores. I’m not sure what the two have in common.  Perhaps you know.

I stopped at funky cafe down near the railroad station

where, while waiting for an egg sandwich, I picked up a black journal lying on a driftwood table.  It was filled with drawings and scribbles from patrons also waiting for egg sandwiches:

One person loved her thighs.

Another waxed philosophical.  He or she is far wiser than me.  But perhaps “My Life is a Mess 101” is a college class.

This one had a slightly more positive message.  Perhaps a bit of weed helped.

Some drew pictures describing how they felt with no words.  I’m not sure but the guy in the upper left of this scribble seems to be holding both a joint and a penis.  If I were to guess, I’d say a disgruntled teenage girl drew this picture.

Every page of the book was filled which meant I was not invited to participate. As I flipped through the pages, a young man, not more than fifteen, with torn and dirty jeans and carrying a heavy backpack entered and asked politely to use the bathroom.  The staff, themselves all young, tattooed and multiply pierced, agreed then stood beyond the counter whispering. The boy was in the bathroom for about ten minutes, then exited and asked to buy a chocolate croissant.

“Did you run away?”  the staff asked almost in unison to which he answered, “No I’m homeless.” 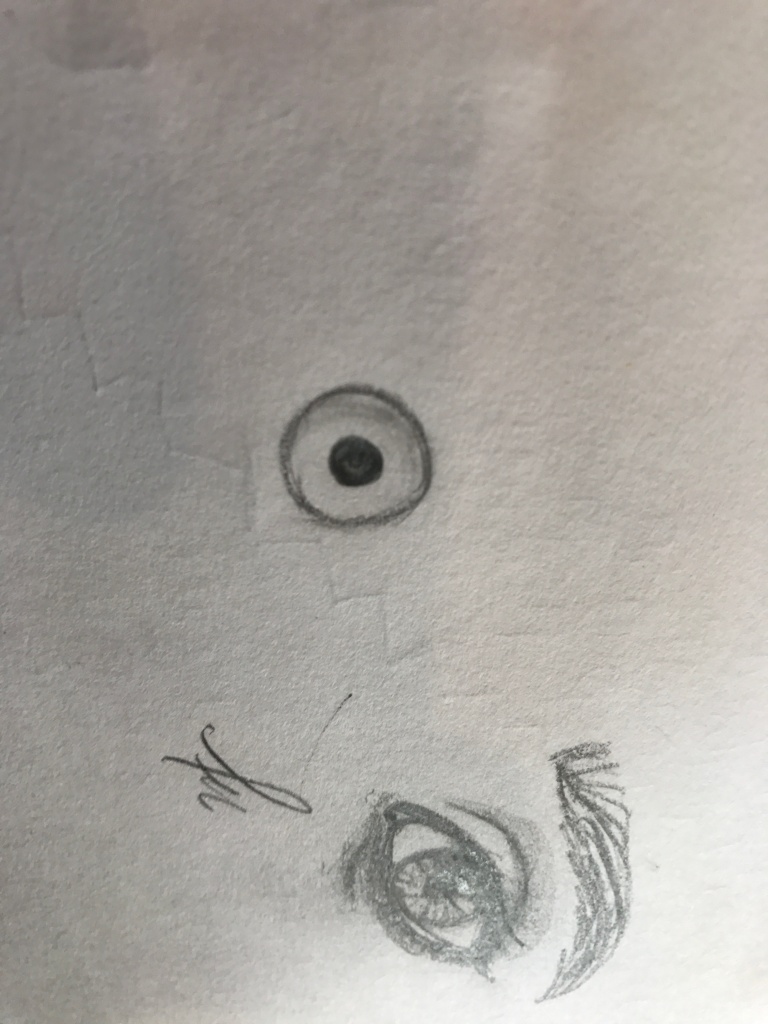 As I left the cafe, one of the older staff members (the manager?) was sitting at a booth with the homeless youth. The scene lightened my mind as I walked back to my car past the prayers for the hopeless brigade and the bail bondsmen’s offices. I knew that magically a blank page had appeared in the black journal for someone lost.

29 thoughts on “ThursdayDoors: Prayers for the Hopeless”