I’ve been re-editing a book I wrote and published via Booktrope a few years before they went out of business, The Graduation Present. Of the plot, Colm Herron wrote:

A hapless hopeless romantic American girl called Riley O’Tannen heads for Europe to get a taste of the old world and instead encounters her drunken uncle who keeps a mistress, her randy aunt who keeps a gigolo and a dead CIA man whose boss is a raving homosexual.

Which is what happened decades ago except for the dead guy and minus a few cousins.  Such is the dilemma when your write a “semi-autobiographical” piece.

I did travel to Germany unprepared for the realities of life in an occupied country.  I did have to pry my uncle from the bar every night and listen to my aunt sing the praises of her lover’s magical tongue “oh what it could do …”  My uncle’s boss was rumored to be a CIA operative, and he was a dead ringer in looks and manner for Truman Capote.  But, as to the rest, well, I could say time has warped my memory but the truth is, a bit of imagination was applied.  Perhaps too much.

When you write a book with at least one character recognizable to family and friends, be prepared. 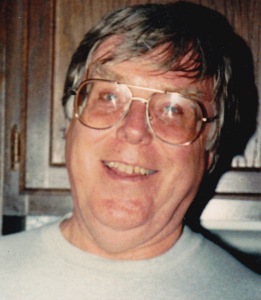 “You made me out to be quite the putz,” my uncle complained shortly after the book was published. Ironically if he’d read through to the end and not just the first couple of chapters he would have realized that Riley O’Tannen was the putz and not him. Still it gave me pause.  I know writers who will not base a character on someone they know until that person was dead and gone. Even then, it’s difficult.

“And how about that evil burgermeister. I don’t remember him,” my uncle continued.

“Then that other story about me pimping you out for dinner…”

“The truth.  You said ‘look at all those lonely officers. They’d love to take a pretty girl to dinner. Why should I have to feed you all the time?'”

Number one travel book when I first went to Europe.

“I don’t remember.” Sadly he didn’t mention the people who were missing from the story, my young cousins neither of whom survived unscathed from that time. When you tell a semi-autobiographical story those are the choices you face.  Who to spare and who to expose.  Uncle Bob, who now preaches the gospel of Trump in a Walmart parking lot down in Tampa, has repented and been saved. He’s never without an eight ounce glass of gin and makes gross jokes about women’s body parts, but in the church of the almighty Trump all you need to do is speak in tongues and all is forgiven.  Plus, he was born with a teflon hide.

And the dead man?  He’s here with me now. He sits with eyes tunneling into the night sky as we ride through Switzerland time and time again and see no stars, just a cold and apathetic landscape. Toward the end, he’d been relegated to a seat at the table reserved for those with frozen boots who couldn’t move on. They are the best people for a writer to know.

I relieved him of his misery.  I killed him.  I let him die in a place where he’d known happy times and not in a Veteran’s hospital. And that’s what writers do. But should we?