I don’t generally share upsetting news with my online friends because that’s not why I started this blog.  I started it because my now-defunct publisher told me it was the way to sell books.  The theory being, if you could get people to like you then they’d buy your books. 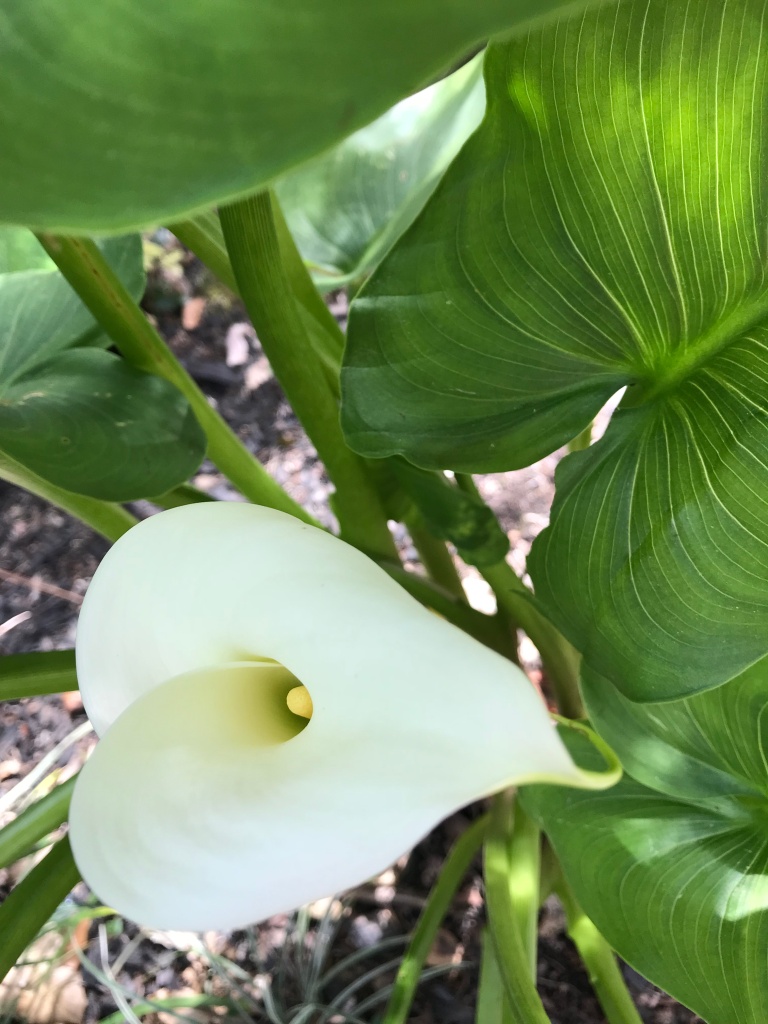 But by the time I made that stunning revelation I was hooked.  Today I literally blog more than I write and from what I’ve read buzzing about the hive, I’m not the only one.

However certain things I just don’t like to write about such as Joel’s disease (chronic couch potatoitis) or the acute pain in my gluteus maximus (the result of my bizarre sleeping habits).  Don’t get me wrong. I think bloggers who write candidly about issues such as depression and chronic pain do a great service and should be applauded for the bravery and candor.  I’m just not one of them.  Uptight? You betcha.  It’s those Puritan genes.  You know, skeletons staying in closets, dirty laundry staying in the hamper.

But today I cannot contain my grief.  I’ve eaten all the saltines in the house, stuffed them into my mouth and chewed them into mush and still that’s not enough.  The bottomless void in my heart  has migrated to my stomach and it’s all over now Baby Blue, bring on the Tamborine Man. 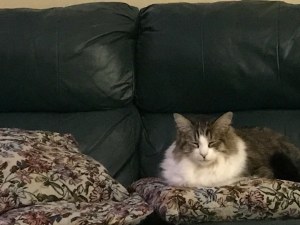 You see, dear friends, my cat hates me. Absolutely despises me.  Wouldn’t give the sweat off his balls (if he had them) to save me from eternal damnation. Of course, I’m not entirely sure he ever liked me but at least he would let me pet him during a full moon cycle at precisely five o’clock in the kitchen as he sniffed my gin and tonic hoping to get lucky.  Now, nothing.  Not even a look in my direction.  It’s tense here, friends, very tense. 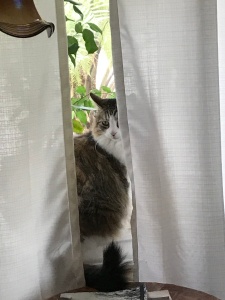 It all started when the back door was inadvertently left ajar and out he walked, tail high in the air like a question mark.  I became aware of his escape when he strutted past the window and looked in at me, a little surprised at his own brilliance, “Holy Shit, I outsmarted you bozos.”

Once free, no amount of “Here Kitty” would entice him back in. He promptly found the nearest mud puddle and had himself a spa day and then, when the sun set and it started to get cold, finally submitted to Joel’s pleas.

I don’t know what the hell was in that mud but he returned a changed kitty.   Arrogant and bossy.  Demanding to be let out and when told no, a damn pain in the patootie and, as I previously mentioned, my patootie already has a pain.

“You used to have a pet, humans, now you have a caged beast who hates you. And don’t try buttering me up with various cat treats and toys. It wouldn’t work as long as I’m condemned to your lousy lockup!” 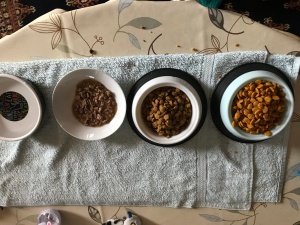 Woe is me. On a positive note, the calla lilies are blooming.

40 thoughts on “The Prisoner of Twisselburg”