I was too young to drive when I marched for the first time. I was also too young to understand the complexities of the so-called “conflict in Vietnam.” I only knew we were sending young men to die in a country on the other side of world; a country that didn’t seem to pose any real threat to the United States.  My father’s refrain (shared with most of his generation) was “when you’re asked to serve your country you just go. No questions asked.” Which seemed to be a stupid thing to do.

There were no anti-war marches planned in my hometown of Reno Nevada for two reasons. One, the good ole boys, who were proud they couldn’t even find Vietnam on a map, would have loved an excuse to commence a shootin’ party on the nerds who actually planned to graduate from high school.  And two, the city fathers would have loved  to advertise that Reno was “the place where them damn anti-war protestors got what was coming to them.”

San Francisco, that was where it was all happening. So I hitched a ride to the City with my best friend, her father, and Dr. Mole (not his real name but what he looked like). The drive required us to cross the Sierra Nevada mountains which at any time of the year is a crap shoot (just ask the Donner Party) and sure enough we encountered heavy snow just past the summit and could barely see the road.  Then the radio, which had been iffy since we left Truckee, suddenly sparked to life.

The song that brought the radio to life was “If You’re Going to San Francisco.” I saw this miraculous coincidence as a validation that my deception had the cosmic seal of approval. You see, my parents thought I was going to a book fair with a friend who was an A+ student, her father who was a noted Chaucer scholar, and the dean emeritus of the philosophy department. Had my father known that I’d lied and I was on my way to an anti-war march with two socialist-leaning democrats, he would have had me locked up.

After dropping Dr. Mole off at a shabby Victorian belonging to his elderly mother, the Chaucer scholar, A+ student and I checked into a motel near the UC Berkeley. It was one of those motels on University that generally rented rooms on an hourly basis which only sharpened the perceived danger of our escapade.

In the morning we wandered around the campus where other anti-war rallies were being held and then met Dr. Mole at Moe’s Books on Telegraph. Moe’s is the sort of place that caters to obscure classics and rare out of print books. In other words, nirvana for any academic so soon both men were lost in the dusty back shelves. We had to constantly remind them about the march. 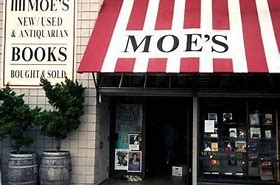 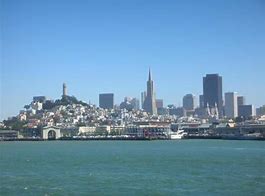 View from the water

If you’ve never been to San Francisco, there are only two ways to really appreciate the skyline for the first time; either by crossing the Bay Bridge or taking the ferry from Larkspur to Fisherman’s Wharf.  Some people may argue for the Golden Gate approach and I wouldn’t say they’re wrong but you don’t really get the whole skyline and it was spectacular on that day.

The parade started in the city’s crowded financial district and meandered up to Kezar Stadium in Golden Gate park.  I don’t remember anything other than marching behind a flat bed truck from which Country Joe and the Fish played acoustic guitars and led cheers but it’s not a short distance and there are steep hills along the way.  Today that walk would kill me.  I do remember poor Dr. Mole complaining mightily when we finally reached the stadium and found a seat but it didn’t take him long to revive once the speakers began describing the horrors of a totally unnecessary war.  For such a little man, he could really let it be known how he felt “No More War!”

We drove back to Reno that night; this time there was fog on the summit and ice on the road.The old Nash Rambler’s electrical system shorted out somewhere along the Truckee and we had to stop while the two men, neither or whom had any mechanical skills, tried to figure out why the lights were no longer working. But the gods spared us that night, the lights miraculously came back on, and we all lived to tell the tale. However, after my father found out about my adventure, peaceful dinners at our house were officially a thing of the past.

As I watched the recent marches for stricter gun control, I thought about the arguments my father and I had almost nightly during those years. What a waste. I hope that’s not a scene played out in the home of any young marcher but sadly, it probably is.

I never thought back in the sixties that I’d be marching in my actual sixties…  Just goes to show that the fates are fickle and love to play a good prank or two on our sorry selves.

30 thoughts on “Adventures in a Nash Rambler”