For one of the oldest cities in Canada, Halifax NS has a remarkably young and energetic vibe. 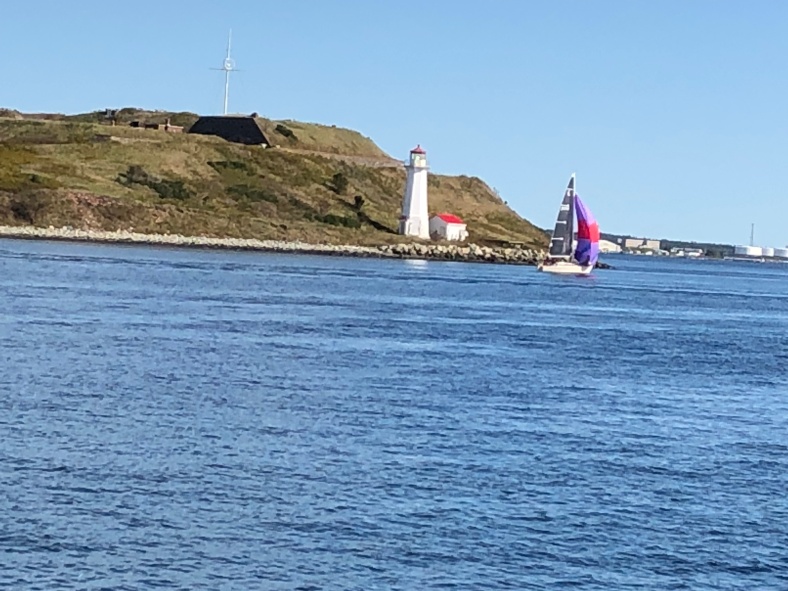 People don’t seem rushed or anxious to be first in line. If you step off a curb, cars stop and wait patiently for you to cross the street.  Of course, we lucked onto beautiful weather.

Like Montreal, it is a city for walking with a mixture of old architecture and new.

The old Town Clock was getting a facelift.

And tourists flocked to watch the hourly changing of the guard at the fortress (Citadel) on top of the hill.

It’s not quite as formal as its namesake ceremony at Buckingham Palace, as you can see.  Of course, the fellow above is not a soldier, he’s a docent.

The Citadel was never attacked although they were prepared. Below is the entrance to a zigzag of foxholes. 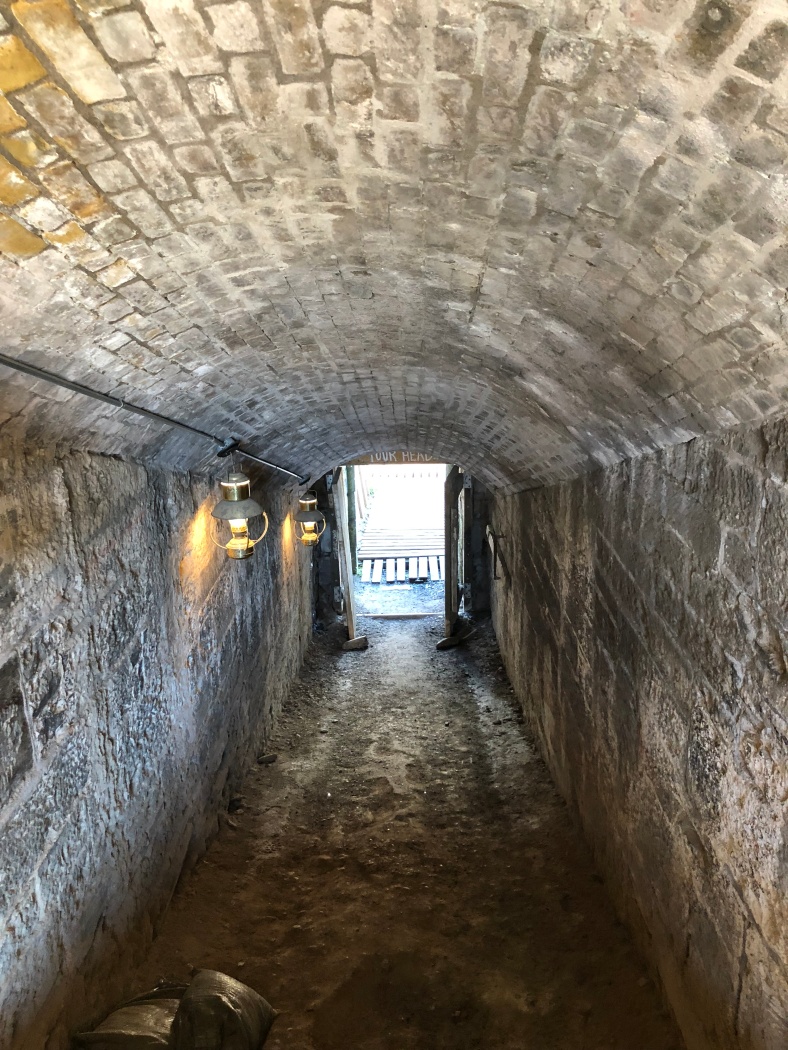 Aside from wandering around the streets, we did visit the Immigration Museum where I found out my ancestors came to Canada before there was such a thing as immigration.

They just appeared on early census records listing their birthplaces as Ireland.  And here I always thought they were Scottish.  Right now I’m miffed at them for ever leaving Canada.

Check out other doors over at Norm’s Place!