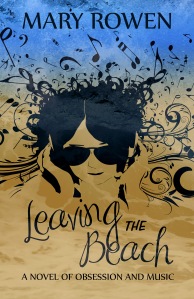 I was delighted to run into the works of fellow author Mary Rowan for a variety of reasons. First, we both have roots in Massachusetts; second, her protagonists are far from perfect (like mine), and third she’s brave enough to address both bulimia and rockstar obsession with stunning candor, gaining the admiration of myself and countless other readers. So I’m taking a break from blah-blah-blah blogging about my cat, my neurosis, my hubby, his squirrels, tuna noodle casserole, hookers, red-haired cannibals, etc., to introduce you to her.

Oh, by the way, Pretty Kitty is feeling much better.

JTT: Hi Mary – thank you very much for agreeing to join my cast of soon-to-be world famous authors. Before you change your mind, let’s begin…

One thing I particularly liked about your book was the setting.  As I’ve probably mentioned, my mother’s family is from a small town in Massachusetts.  Prior to the mass shipment of textile jobs to China and India, it was a typical “Our Town” sort of place to live.  Then, with jobs gone, it started to go into decline. However, somehow it hung on and still remains one of my favorite places to visit.  Please tell us a bit about where you grew up and how that influenced your writing.

MR: That’s very interesting about your hometown. I love the mill towns in Massachusetts, and as you probably know, many of them are now enjoying revivals. When I was born, my parents lived downstairs in my grandfather’s house in Lawrence—a mill city—but when I was five, we moved to a neighboring suburb called North Andover. I went to Catholic school in North Andover until eighth grade, then transitioned to public high school, and my freshman year was truly miserable. Not only did I have very few friends, but my infant brother had died the previous year (he was only five days old) so my whole family—especially my mother—was still dealing with a lot of grief. Memories of that year helped me write about Erin’s feelings of isolation in Leaving the Beach. Fortunately, I made friends during sophomore year and high school improved significantly for me. Poor Erin wasn’t so lucky!

JTT: Very sorry to hear about the death of your brother. Yes, a child’s death is something parents never get over.

Moving on –  your book brought back memories of my twenties when physically I was an adult but mentally I still believed in knights in shining white armor. How is Erin’s journey similar to your own? 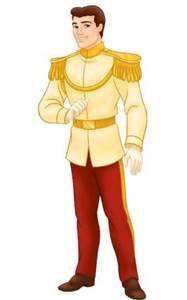 MR: Well, some young women have realistic expectations about relationships, but I wasn’t one of them! Maybe I read too many romance novels and saw too many romantic comedies as a kid, but I truly believed—as Erin does—that the perfect guy was out there, waiting for me. It took years—and a few bad boyfriends—before I realized that some of the best relationships thrive in spite of—or perhaps because of—the fact that perfection can’t exist in this world.

JTT: Erin’s experience, which you’ve so beautifully drawn, is something I have no doubt many young women go through. For me, it was all those Disney movies – Sleeping Beauty, Cinderella!

Another thing I was impressed with is how honestly you dealt with the subject of obsession.  I shudder to think of the hours I wasted daydreaming about a kismet encounter with the Beatles. Of course, Erin actually does encounter a rock star. Without revealing the plot, can you tell us if this scene was inspired by a real life experience?

MR: It wasn’t—that scene was entirely made up. But it was based on some very real fantasies about kismet encounters with various rock stars.

Hanging with the Beatles – in my dreams!

JTT:  That’s too bad!  I never had any kismet moments with an idol either.  Course, I probably would have run the opposite direction which brings me to the topic of low self esteem. Erin’s low esteem and her turn towards self-destructive acts were gut wrenching to me because I’ve struggled with weight issues throughout my life. Where can friends and family find help in dealing with loved ones who suffer from this deadly disease?

MR: If the person doesn’t have health insurance or doesn’t feel comfortable calling their insurance company, NEDA is a wonderful resource. NEDA is the National Eating Disorders Association, and their website contains a plethora of information. They also have a live, toll-free helpline. (www.nationaleatingdisorders.org) Another option is calling your health insurance company’s customer service number and explaining the problem. Health insurance providers can often recommend a therapist or treatment facility and also provide practical information about medical referrals, necessary forms, etc.

Q. Thanks for that info, Mary.  Changing the topic, in both Leaving the Beach and my book (The Graduation Present) college aged women set off for Europe where both have adventures, some good and some bad. I’m assuming you probably pulled those scenes from memories of a real trip.  Can you tell me the one memory or lesson learned?  Thing you would have done differently?

Mary?  Singing on the streets of Paris?

MR: That’s a tough question, because when I went off to Europe—I spent my junior year of college in Switzerland—I was very immature. Much more immature than Riley in The Graduation Present. So I did some crazy things that I wouldn’t recommend to others. But one thing I did get to do was play guitar with a friend on a street corner in Paris. We were having drinks in the Latin Quarter and asked a couple of buskers to play “The Day the Music Died.” But the buskers didn’t know that song, and when we tried to tell them the chords, they handed us their guitars and said, “You play it.” That little experience was the kernel for another novel of mine, called Living by Ear, which is about a street musician in Boston. Living by Ear was self-published in 2013, and will be republished by Booktrope this September.

JTT: Wow! It’s hard to imagine anyone more immature than Riley O’Tannen!  That’s a great story!  I was foolish enough to hang out with a couple of American guys who decided to roast a hotdog in the eternal flame under the Arch de Triomphe.  That didn’t go over too well with the French!

MR: It’s available on Amazon, and in a couple of independent bookstores in the Boston area.

JTT: Last, what’s the most outrageous tweet you ever sent out?

MR: Ha! I don’t send outrageous tweets, because I’m still not that comfortable on Twitter. But if people want to follow me, I’m at @maryjrowen

JTT: I was pretty uncomfortable on Twitter at first too and then I realized that zillions of tweets go out per second so if I send out a few that are, let’s say goof-ball stupid, they’ll soon get buried beneath the avalanche. I have a couple of books of famous quotes that I’ll copy from just to say in the game.  Cheating I know, but there you have it!

It’s been fabulous getting to know you a little better, Mary. Thanks again!  Read more about Mary here:  http://www.maryrowan.com

Jan, blah-blah-blah blogging with a cat’s butt in her face.

Readers – it’s hard to believe but I’m rapidly approaching my 100th blog!  Thanks so much to those of you who’ve stuck with me through the good, bad, and boring.  It means more to me than I can say.  So what should I blog about for that 100th post?  Maybe I should just repost my most popular post to date.  What do you think?

8 thoughts on “Prince Charming – we blame you!”