My friend, who just returned from a trip to Russia, China and Tibet, said these doors and windows reminded her of me.  How sweet!  Thank you Mary Alice!

She was in Irkutsk which is the capital of Siberia. According to Wikipedia, many journalists, writers and artists were exiled to this city in the 19th century because they irritated the factions currently in charge.

I won’t even attempt to fathom the history of Russia.  Whites, Reds, Bolsheviks, Communists – it’s like trying to sort out the history of British Royalty.  So many rebellions and power struggles.  Ugh.

The dissidents were sent to Siberia because it’s remote and the weather can be brutal but they certainly do have a lot of style. 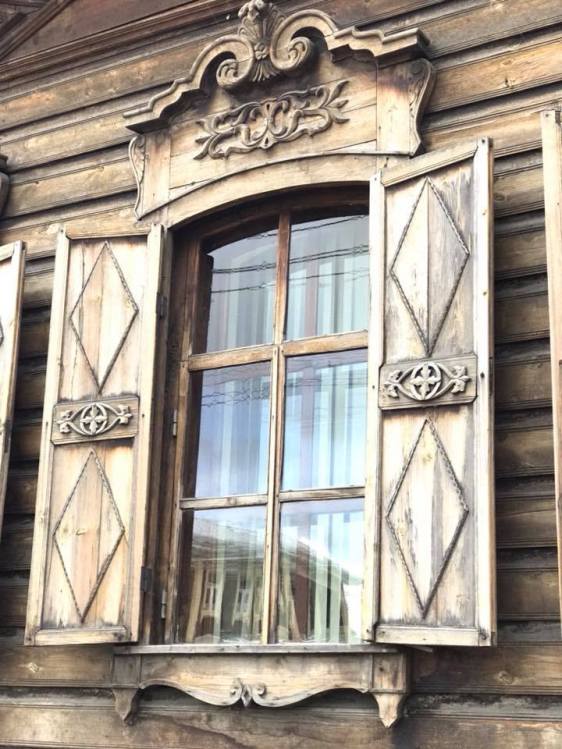 According to Mary Alice, these are wooden windows. She did a great job on this shot, don’t you think?  Nice reflection. 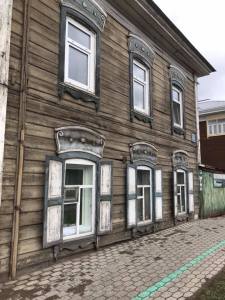 I googled Irkutsk and was amazed by how many famous people were born in Siberia, Arguably the most famous was Rudolph Nureyev, born here in 1936.

This is an interesting little cabin.  From some reason, it made me think of Lincoln Logs. 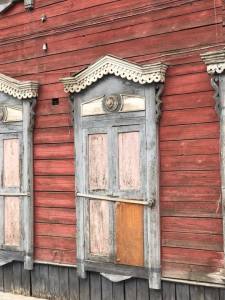 Check out other doors from around the world at Norm’s Place.