I have to admit, the following murals from the Mission district in San Francisco (see The Mission, Part 1)  were some of my favorites.

The first one shows women perhaps pleading for news about missing loved ones or perhaps mourning them while above a dove flies towards a group of military men, one of them with dollar bills in his eyes.

Next to it is a mural depicting a joyful harvest. 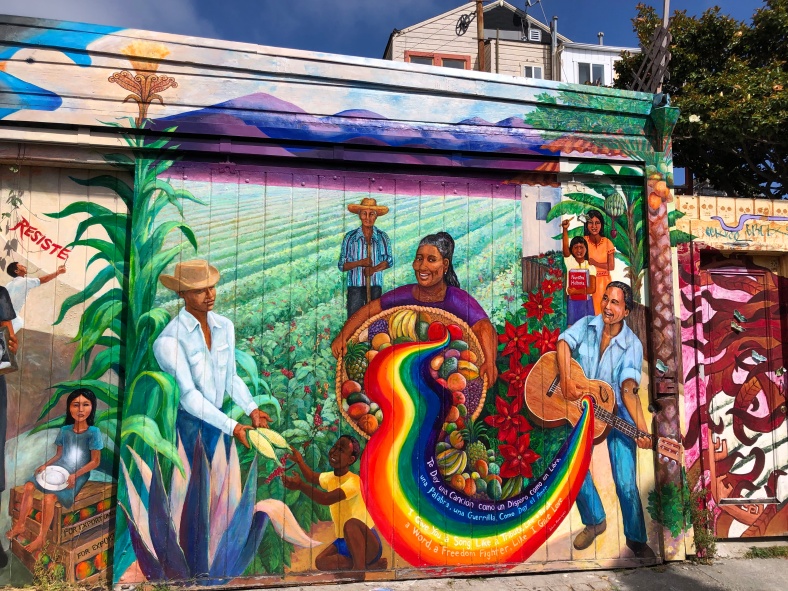 The text on their rainbow banner reads: “I give you a song like a tribute, like a book, a word, a freedom fighter, like I give love,”  Silvio Rodriquez.

I didn’t recognize the name and so I googled him.  Wow – such a beautiful voice.

On the other side of this particular alley was a mural spanning half a block which depicted a modern day street scene.  This is only part of the mural.  Another section (which I didn’t get a good shot of) shows the police arresting young men. 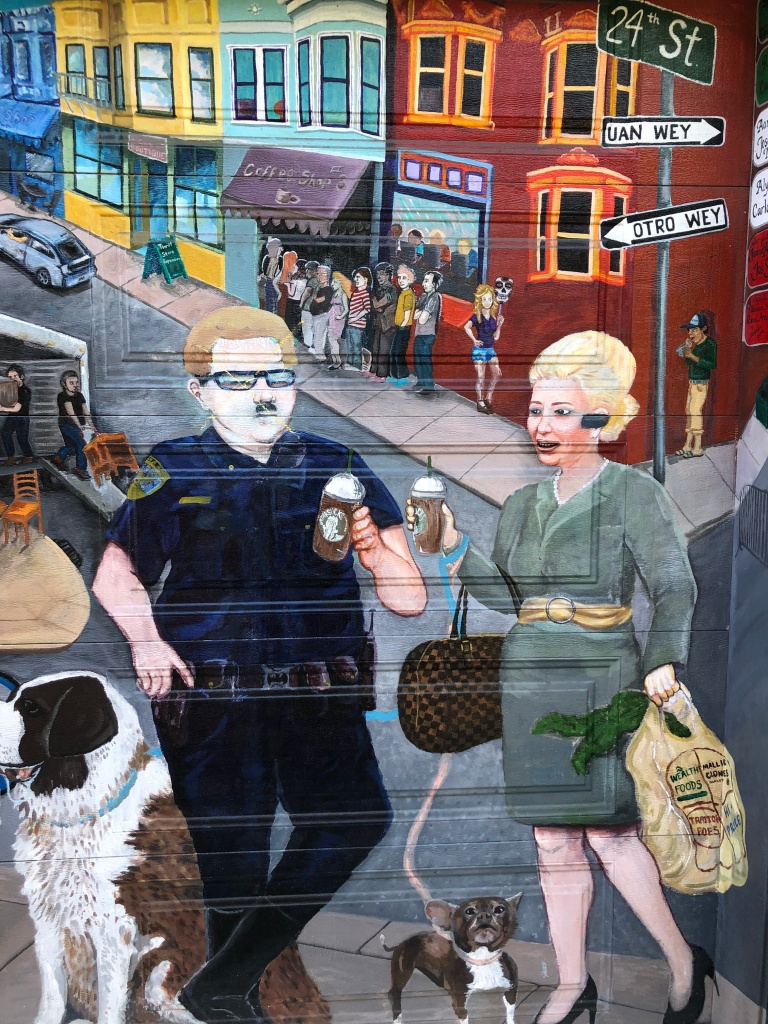 The third section is perhaps the most powerful. It depicts the banks  pulling the plug on the neighborhood. 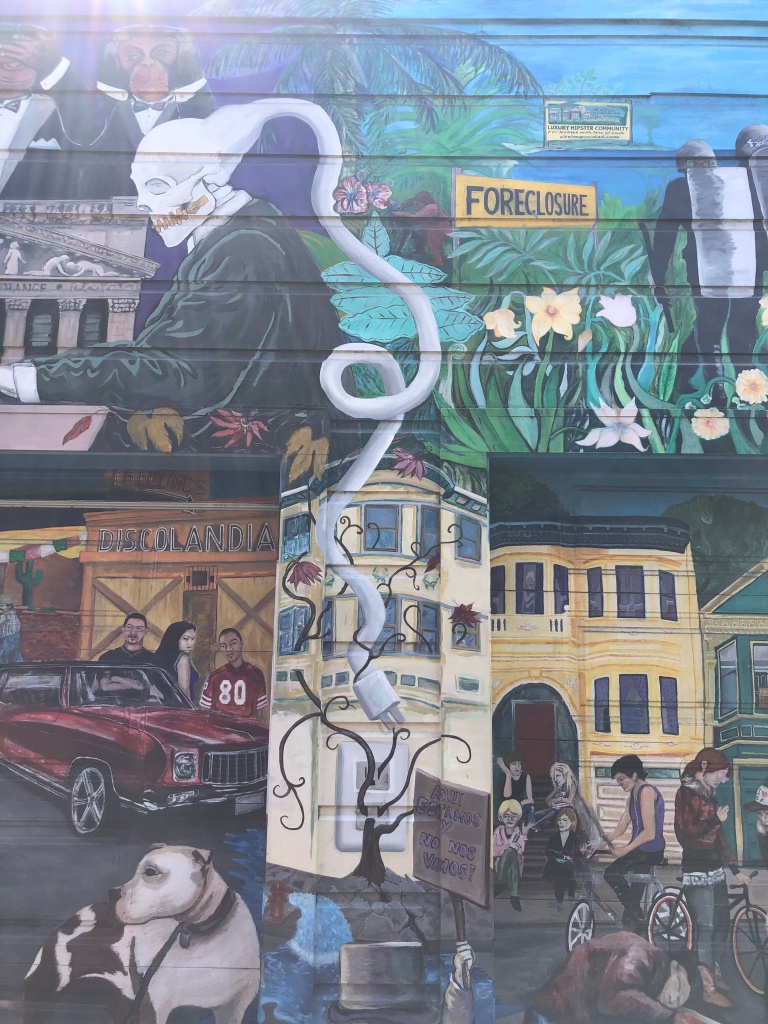 And why?  In upper right corner is a sign advertising “Alta Impunidad, Luxury Hipster Community, for techies with lots of cash.”  Just below the sign are two figures in black with canisters on their backs spraying something on the flowers (Blackflag?).   Written on one of the canisters is the word “Facebook.”

Alta Impunidad translates to High Impunity.  I’ll leave you to draw your own conclusions about what the artist was trying to say.

11 thoughts on “Alta Impunidad (street art in the Mission)”